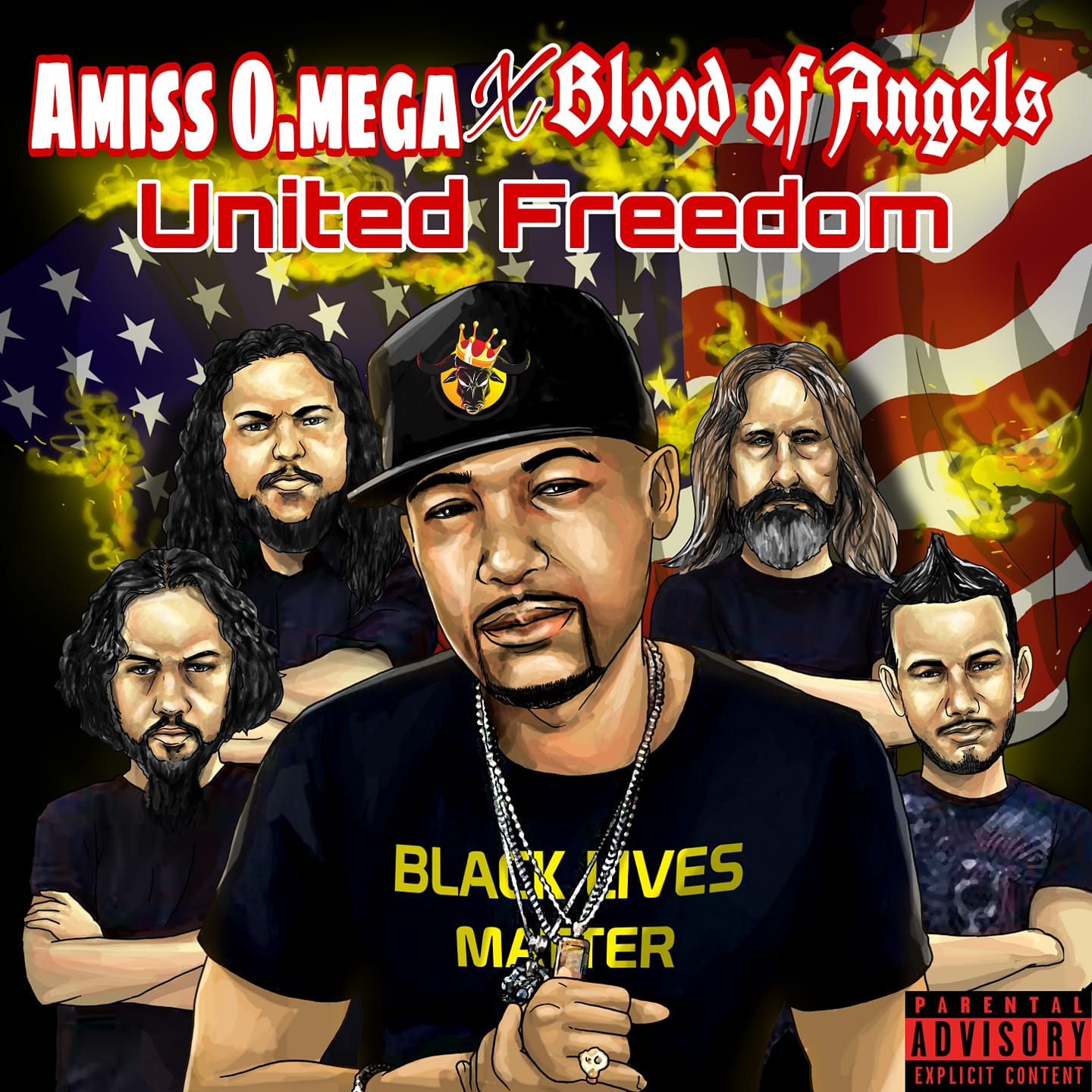 Amiss O.Mega is confidently proclaiming himself as the King of Virginia. His self-produced debut with the duo group, The Faculty, pushed 10,000 independent copies of this Swalla Back Album. This success got the attention of Stu Rick’s Red Sony Distribution and resulted in a short-term deal. Since then, he has worked with multiple DJs all over the USA. His mixtape, Untamed Aggression, got 15,000 downloads. Amiss O.Mega started a freestyle series ‘Mega Mayhem’, and he drops freestyle and videos monthly. Amiss O.Mega recently formed Entourage 4 Music LLC, a self-contained entertainment company.

Blood of Angels has been making their mark on the metal music genre. Originated from Tampa, Florida, this group has blend death, black, thrash and lashing of power metal into their high-octane frenzy. The group combines their music prowess and talent to make a social statement on public mistruths and the atrocities committed against humanity. The band has vocalist Randy Reyes, Aaron Robinson is on guitars, Jonathan Rushford plays the drums, and Maggot is on bass. They’ve been together since 2015, but have a combined experience of 80 years. The band’s ability and bravery to step away from the usual expectation of metal music had garnered them with attention and success for attempting something new and creating their own identity.

It’s usual to expect something extraordinary when these two exceptionally great teams of artists announce their collaboration. Given the track record of Amiss O.Mega and the reputation of Blood of Angels, it’s confident to say that the outcome will rock the music world. Their collaborative song ‘United Freedom’ will be available on all music streaming platforms, Spotify, iTunes, Amazon Music, etc. from January 1, 2021.

For more information about the collaboration or an interview with the team about them coming together, email us at bloodofangels18@outlook.com Or aaronrobinson18@yahoo.com.