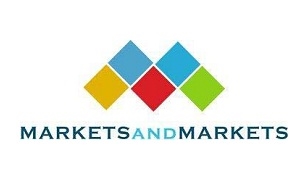 MarketsandMarkets forecasts that the global blockchain gaming market is projected to grow from USD 4.6 billion in 2022 to USD 65.7 billion by 2027 at a Compound Annual Growth Rate (CAGR) of 70.3% during the forecast period. Increased investments and funding in blockchain games are driving market growth.

By Platform, BNB Chain to grow at the highest CAGR during the forecast period

In February 2022–Binance Chain and Binance Smart Chain merged to form the BNB Chain. Binance Chain also rebranded into the BNB Beacon Chain. Binance Smart Chain changed its name to BNB Smart Chain but maintained its abbreviation, BSC. The Binance blockchain ecosystem is rapidly being adopted in the Web3 gaming space, also called GameFi. BNB Chain has grown to become a community-driven, permissionless, and decentralized blockchain ecosystem. To offer progressive decentralization, BNB Chain community has made technical upgrades over the past few years. The chain and its apps can be accessed by users without permission, provided that they have a crypto wallet and some BNB to pay for fees. It gives developers the tools to implement cutting-edge smart contracts and dApps. It supports quick, inexpensive, and efficient DeFi transactions. BNB Smart Chain and Ethereum use a gas model for transaction fees, which measures the complexity of a single transaction. BNB Smart Chain has cheaper transaction fees and faster operations. Era7, Chain of Legends, Tiny World, BinaryX, and Elfin Kingdom are some of the famous games that use BNB Chain.

What is blockchain gaming?

Sky Mavis, founded in 2019 and headquartered in Vietnam, is a technology company that specializes in the development of decentralized applications and services. During the crypto boom in 2021, Axie infinity boasted around 2.7 million active users. It has a very strong user base in the Philippines, as thousands of young people in the region consider it a reliable source of income. Along with the blockchain-based game, Sky Mavis provides a marketplace to sell items and also offers a launchpad for blockchain games named Mavis Hub. Sky Mavis uses Ronin Wallet to store digital items and currencies. In 2021, Sky Mavis launched Ronin, a blockchain network. Ronin was created using the Ethereum Virtual Machine (EVM). Ronin enables millions of in-game micro-transactions to take place smoothly by speeding up transactions and significantly lower gas costs for its rapidly expanding user ecosystem. Sky Mavis is advancing its vision of creating a game universe with the help of interconnected, immersive, and rewarding experiences. For that, the company has recently announced a multi-year partnership with Google Cloud. In July 2022, Sky Mavis raised funding of USD 150 million from Binance.

Splinterlands, founded in 2018, is one of the most popular blockchain-based games in the world. It is a card-based online game. With over 400,000 daily active accounts and large numbers of new players signing up daily, it expanded nearly 30 times in 2021. Splinterlands is built on the Hive blockchain. It is committed to Web 3.0 technology. In this game, a deck of cards is collected by players. These cards have unique features or attributes. They are used to playing in a battle against other players. This game enables players to win real money in the game. The game has a user base of more than 2.4 million. With around 1 million active wallets, its total transaction volume on the blockchain approached 5 million daily. Its user community includes users from 149 countries speaking ten languages. The game recently announced its significant milestone of 3 billion battles played since its launch.