Biko Georges is a maverick when it comes to cyber security and defense. A look at his resume of inventions and new platforms amply reveals his gifted nature and prowess when it comes to network security, advanced ethical hacking and cyber defense of a country and its citizens. The latest big news is that Biko has helped federal agents bust a network of Human Traffickers based in Nigeria. 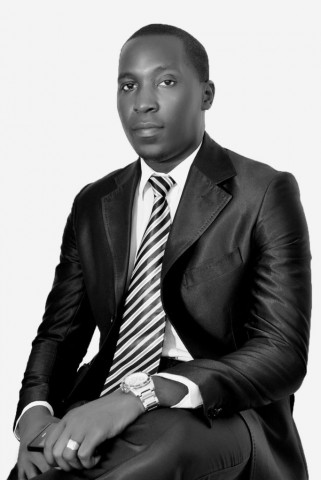 On March 8, 2020, Biko Georges was contacted by Federal police in the morning. They asked for his assistance in tracking a new trafficking network that extended from Africa to the US. Some members had been identified in California and other states. The hunt was on to track the rest of the gang. Biko quickly got down to work, and carried out cyber monitoring and wiretapping of over 140 people, and used the voice keyword technology to track the headquarters location a little away from Legos. The subsequent investigation rescued 238 children, and 113 suspects were arrested, while the rest of the gang was caught in Los Angeles. The network had been operating for three years.

Born in Yaoundé (Cameroon), Biko Georges today is the foremost African expert in cyber security, running several companies under him. These include the training organizations such as the Advanced Cyber ​​Defense Center (CCDA), the Smart Hacking School (SHS) which is now ISA, the NGO Emantic, the Nitrix group of eight companies, E-school of Hackers (ESH), Arnaza LLC and the Bank Security Agency.

The CCDA (Center for Advanced Cyber Defense) was founded by Biko in 2017 for African states to benefit from cyber defense, investigative technologies, computer tracing and the fight against cyber terrorism. In 2018, Biko Georges was invited to Russia as an independent consultant in military hacking.

In 2019, Biko Georges founded Arnaza LLC in the United States. It’s a military hacking, cyber defense and advanced computer security research company, and serves the governments of the United States, Russia and many African countries. In 2020, Aranza launched an international certification on military hacking, the first by an African expert to be recognized by the US government and US military.

The list of innovations introduced by Biko is huge. He created the GX-74, a GSM based system to audit mobile phone networks. Another creation, Aranza, is a special hacking program with seven channels. The Natarios BH-15 is a computer-assisted robot that transfers free communication credit to an electronic chip regardless of the operator. The Anti-Theft Table is a revolutionary table for securing computers or TV from theft.

Among other activities, in 2010-11, he created the Smart Hacking Studio for Sub-Saharan Africa, and released the DVD, ‘The Secret Techniques of Hacking’. He also launched his video channel, Biko Georges TV. In 2014, Biko founded the NGO Emantic, which trains young IT enthusiasts free of cost on Cisco, Microsoft and Oracle certifications.