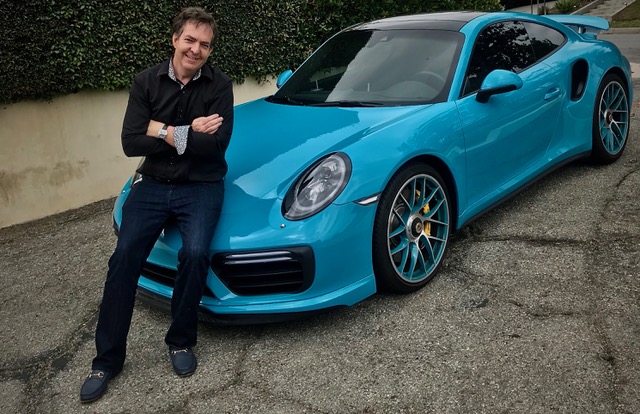 Premium specialty organic coffee company Best Roast Coffee (BRC) is widely known for their unique proprietary coffee blend. The company is set to open its big-box grocery store espresso bar solution to premium car brands in their dealerships. Speaking at the May 2019 opening of a new Los Angeles location now serving Best Roast Coffee, CEO Jason Roe announced that BRC will open a made-to-order organic coffee, tea, and juice kiosk geared toward the luxury car sector. “The establishment of 16 coffee kiosks inside car dealerships and further discussions are being made regarding 600 potential new organic coffee bar locations across the US. Various luxury car brands will brand our coffee as their brand of coffee,” Roe said. 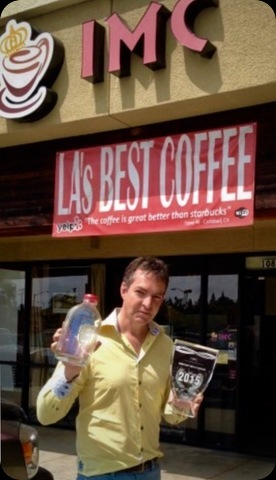 Mr. Roe, himself a Porsche enthusiast, has a Porsche 911 turbo from the first-ever world production run to be sprayed in Miami Blue. When getting the car serviced, Mr. Roe experienced what he considered a mediocre cup of coffee. “It was then when I had a vision,”  Roe said. “I saw the brand disconnect. I studied causality at Harvard business school.” The customers that BRC is attracting to retail are caused by a need or desire they have for a natural, organic energy boost. These people are attracted to our organic coffee blend and Magnetized Earth Water for such a natural energy solution. The reverse can be applied to the luxury high-end car dealership. The cause of a customer not wanting the coffee is because they desire to drink a more premium organic coffee. “BRC is, therefore, the high-end car dealership solution for a better customer experience,” Roe concluded.

There is nothing conventional about BRC and how it expanded to be incorporated into approx. 60 existing retail locations within the time span of around five months. For starters, BRC is the culmination of a  University College London feasibility study.  The real-life UCL, MS assignment project studied the shifting trends in the 34B$ PA, cups per day coffee drinking sector.  Mr. Roe is credited with being an inspirational CEO mentor to UCL students for their  2015 MS project. “Following the UCL program’s feasibility study, in early Febuary 2016, BRC first tried it’s proposed innovative unconventional Espresso bar and coffee model in a large scale retail chain location. Weeks later, the CEO of the  chain, in late late Febuary 2016  investors earnings call reported to investors and stock market analysts that they tested an improved deli offering which included specialty coffee and planned to add the new deli offering in a high percentage of their new of their new stores. In the weeks following the earnings call, the retail company did as it’s CEO signaled to its investors, and commissioned a nationwide roll-out of new deli offerings. BRC received many purchase orders from the retail early March 2016, as part of the retailers new initiatives, to introduce what people considered a performance-defining component, BRC organic coffee blend of beans and it’s unique coffee making processes. A BRC process exclusive to the Best Roast Coffee program, and process and know how used by no other coffee chain, is known as Magnetized Earth Water.

“Interestingly enough, today the same corporate executive behind the roll out is now a corporate executive at a big-box grocery chain,” said Mr. Roe. The central idea is to introduce the water and coffee innovation into the new grocery store chain now, work with the same person, and allow their grocery chain to capitalize on the Magnetized Earth Water offering a healthy choice to its customers.  When applied to fresh produce, the Magnetized Earth Water has been shown to extend the shelf life of the fresh produce, and thus reduce shrink waste for the grocery chain, potentially recapturing millions of dollars loss revenue per year for a big-box grocery chain.

Roe continued by saying, “When a company and its people can find comfort in the uncomfortable and unconventional, it will allow new ideas or processes to emerge. If Fortune 500 companies change the culture in the right direction, it will realize their new potential and may even merge into Fortune 100 status. On the other hand, if Fortune 500 companies, after becoming public, remain Fortune 500 companies, it would seem to indicate the company leadership is doing more of the same thing, never truly realizing the companies full potential. I prefer the unconventional.” The culture has changed around the planet, influenced in large part by the Millennials who subscribe to unconventional thinking as well. “A common thread that binds all successful leaders and companies is innovation, whether it’s about products or thinking,” Mr. Roe explained.  At one stage or another, all of the standout CEOs have thought of something that no one else has ever done before. One such example of Mr. Roe’s thinking is when BRC refused to sell coffee beans to take home. The average business leader would view this as a lost sales opportunity, but Mr. Roe recognized early on that the BRC’s unique blend of coffee beans was the companies “performance-defining component”. He likened his decision to KFC; ”If you can convince KFC to sell raw chicken and its formula to take home and cook, then I will sell my formula and coffee beans,” Roe said. No one in the coffee industry thinks like Mr. Roe. 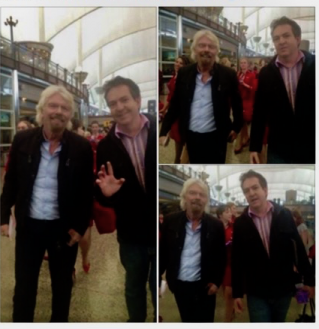 Jason Roe and Richard Branson. Innovative thinkers talking with each other as they – walk through Denver, Colorado Airport with the press out in front.

Mr. Roe talks of real-life examples of people he has met and conversed with to further support his point. “I met AZ Governor Doug Ducey last month,” Roe said. Governor Ducey is recognized not only for his economic reform but for his business, Cold Stone Ice Creamery, that he took worldwide. “Sir Richard Branson, an innovator too. He and I first met in Tasmania. Sir Richard flew in dressed as the Tasmanian Devil, my kind of leader. We connected again in Denver, Colorado, too,” Mr. Roe said. When asked who his greatest business influence is, he replied, “I would have to say Clayton Christensen, Harvard Professor. Studying his insight, compelled me and all his students in our Harvard Business course to think more. The insight and discussion I truly enjoyed, his teachings compelled me to look at business and corporate strategy through a different lens. It is not the first time Mr. Roe looked at something different.  When the CEO saw the water filters using reverse osmosis, he was able to perceive that the water passing through the filters may remove chemicals, but at an atomic level, the water is ripped apart in the process. Mr. Roe viewed the water as broken and destroyed. Roe said, We all walk in a North and South pole every day. It is an invisible force that binds our cells and holds us together. In order to return the atomic structure to filtered water, it needs a specialized confluence of the same magnetic push-and-pull energy applied.”  In 2016, a non-fiction ebook titled “The Force is in You – Magnetized Water for a Magnetized Human,” was published worldwide about magnetized Earth-water innovations. 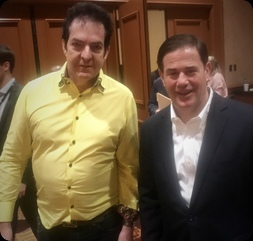 Mr. Roe aims his unique lens toward retail today. He stated, “We witness all brands of coffee beans; Star Bucks, Pete’s, McCafé, whatever; The brand you want, you can take the other brands of coffee beans home or even purchase the coffee beans online. But through the forward-thinking of BRC, consumers cannot buy Best Roast Coffee beans or take them beans home to make for themselves.  Such a thing is BRC’s competitive strength, and that too is a retail store’s greatest strength. It offers retailers a solution. BRC has truly created causality; consumers have to come out into the retail store to experience the best coffee. “I believe retail can survive the online insurgency threat by using what online marketplaces don’t have and capitalizing on the strength of four walls and a roof, leveraging that to an advantage. We might be able to buy a dress online, but we can’t connect with friends and family in person with free Wi-Fi, music, and fresh air all in a social atmosphere while having a coffee; the Best Roast Coffee that nobody can buy online!  There is no greater draw-card than the human spirit, so introduce food and beverages in the clothing  or grocery store, find the room for tables and chairs and encourage social gathering, hug your friend, and sip a smooth performance-defining blend of coffee  that nobody can make from home – It’s Best Roast Coffee,” says Mr. Roe.