On Thursday 17 May 2021, clean air entrepreneur Carina Cunha appeared on Dragons’ Den to pitch Nosy, a prototype wearable air filter to fight air pollution, in front of the Dragons. 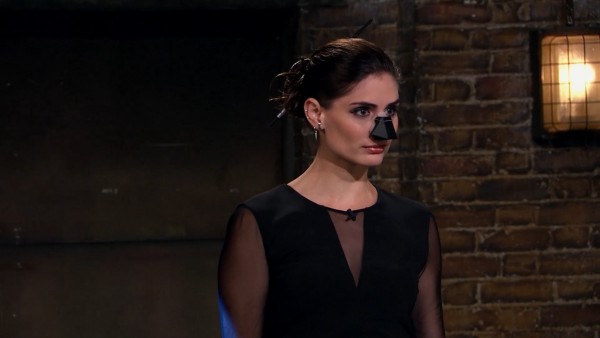 Nosy filmed for Dragons’ Den in early October 2020 when the company was still in its infancy and founder, Carina Cunha, did not have much beyond her passion for clean air and 3D printed mock-ups of the concept of Nosy to show the Dragons.

Despite having an unfinished product and a one-person team at the time, Nosy secured two offers, from Touker Suleyman and Tej Lalvani, impressing the Dragons’ with the product’s antiviral and anti-pollution technology.

Touker Suleyman offered £50k for 25% stake that could be shared with his fellow Dragon Tej Lalvani and Tej offered £50k investment for a 15% stake in Be Nosy Limited, Carina accepted Tej Lavalni’s offer. 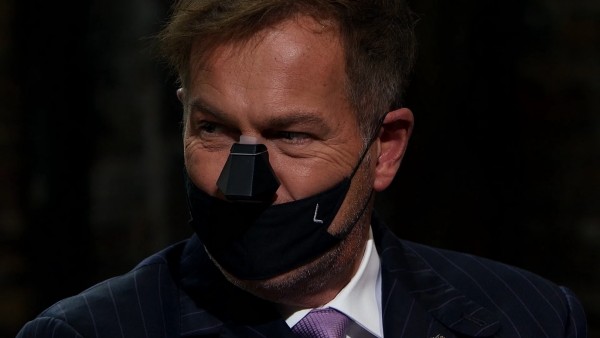 Since filming, Nosy has finalised the product development of NosyX incorporating a patented magnetic attachment system and nasal dilator for a secure fit and increased air flow (not shown in the Den).

Nosy has also built their leadership team bringing onboard key players including former production director and executive board member of Ted Baker Donald Browne, and Fashion Swipe co-founder Dorette Hibbert. The company was recently accepted to the prestigious SIGHT Programme led by the University of Portsmouth in collaboration with Portsmouth Hospitals NHS Trust to trial the effectiveness of Nosy in reducing respiratory symptoms in Asthma, COPD and Hay Fever sufferers.

Air pollution is insidious. The gradual exposure that each of us experience, from exhaust fumes when crossing the road to stagnant air in the underground, builds up to a 2 to 4 year reduction in life expectancy in Europe and over 8 million deaths worldwide. Every year air pollution kills more people than war, malaria, aids and even covid-19 combined.

This is why, the team at Be Nosy (Nosy) are developing its line of wearable air filters to help people have a choice over the air they breathe.

With 92% of N95 respirators failing face fit tests and every day users reporting difficulty breathing with face masks, the team at Nosy believe that to adequately protect users from pollution and viruses, they need to create a device that is:

2. Does not have air leakage

3. Comfortable to wear for prolonged periods of time

As the company moves towards the future, they have joined the SIGHT Programme at the University of Portsmouth to trial the use of Nosy with Asthma and COPD patients, led by respiratory specialist Dr. Anoop Chauhan and biogeochemist Dr. Fay Couceiro. Nosy has also established a tech development team in Holland and partnered with Sparks Lab in the University of Waterloo Canada to build Nosy Tech, a sensor enabled device and cloud-based ecosystem, to help promote healthy breathing in polluted urban areas.

To learn more about Nosy you can visit: www.benosy.com

Carina Cunha is a clean air entrepreneur born in Rio de Janeiro, Brazil and former fashion model with Elite Model Management. She holds a double major in Economics and Political Science from Columbia University and a PgD in Differential Psychology from the University of Edinburgh. Carina started her business career as an investment banker with Credit Suisse in New York, and later worked as a management consultant for Accenture in the US and as a corporate strategist for JPMorgan in Europe. She began working with start-ups when she joined Crimson Education to launch the operations of the EdTech firm across the UK and Europe achieving hypergrowth during her tenure. For over 10 years, Carina has dreamed about having a wearable air filter that was the equivalent of sunglasses or headphones for her nose that she could wear when commuting in urban areas. Until one day, after being trapped in the London tube in the Fall of 2019, she decided that she could no longer wait for clean air and chose to take action to save her health.