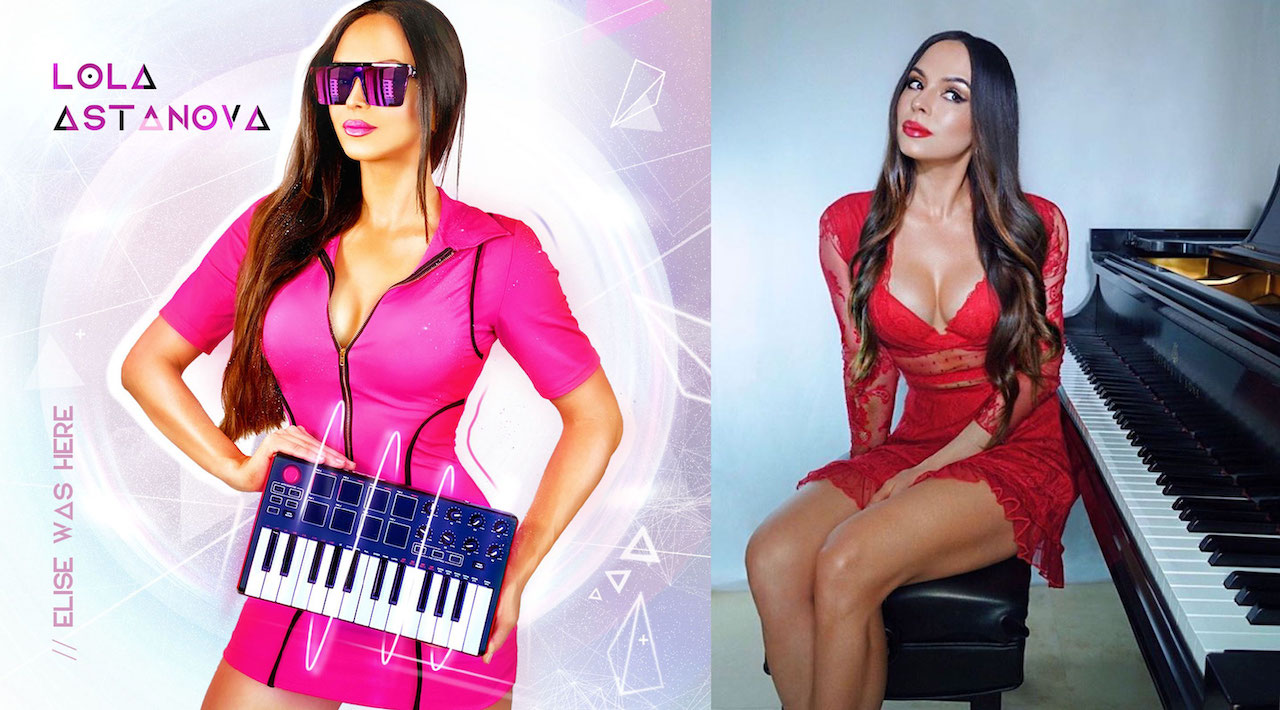 NEW YORK, NY – May 11, 2020 – Sony Music releases “Elise Was Here” worldwide, a dynamic classical/crossover and EDM single by world-renowned pianist and Emmy Award winner, Lola Astanova, who is leading classical music into the 21st century.  Lola brings style, excitement, and sex appeal to virtuoso music, and is breaking new ground with this ultramodern instrumental release, which takes an iconic piano classic by Beethoven into the world of modern pop culture.

“I’m just a DJ but I envy your way of playing piano! Congratulations! Amazing!” – Benny Benassi

“The way she interprets things moves me, and again moves me as just a person on this planet, not as David Foster, the guy who has all these Grammys, it just moves me and I think it should and will move millions of other people.” – David Foster

This is Lola’s first collaboration with 8-time Grammy and Latin Grammy-winning producer, Julio Reyes Copello, who has also produced music with Jennifer Lopez, Ricky Martin, Marc Anthony, and Shakira.  “Elise Was Here” is an example of how Lola continues to break stereotypes and evolve as an artist.  It marks the next chapter in her music journey as she takes her virtuoso skills and extravagant personality beyond the limits of traditional piano and takes Beethoven’s elegant chromatic themes to another dimension with a unique blend of symphonic and electronic sounds and elaborate production.  Lola states, “This track is the first of several that will be featured in my new live show, and I hope that both classical/crossover and electronic music fans will be excited to take this journey with me.”

Lola has first come to prominence when she starred in a $1.6 million Classical Superstars Fantasy Concert and has since become the most talked about artist in classical music, boasting one of the largest and most engaged social media fan followings.  The new live show, due out later this year, will showcase Lola’s mastery of the keyboard and signature sense of style inside an immersive electronic production and hypnotic visuals.

Lola Astanova’s name may be new to you, but it is very familiar to her countless fans around the world. With a direct pianistic lineage back to Franz Liszt and a distinct visual flair, the dazzling young pianist has forged an exhilarating career offering music lovers an invigorating alternative to artistically stifling and boring classical music scene.

Lola’s journey in music began at the age of six and by the age of eight, she began appearing as a performer. Her effortless power, speed, and precision, combined with a fashion-forward personal style have re-defined what it means to be a modern-day virtuoso. Her sold-out Carnegie Hall debut was hosted by Dame Julie Andrews and chaired by the future 45th President of the United States. Among her recent artistic collaborations are projects with Andrea Bocelli, David Foster, Alejandro Sanz, 2Cellos, as well as the EMMY®-winning performance with the All-Star Orchestra. Lola’s virtuoso performances have become Instagram, Facebook, and YouTube sensations, boasting engagement numbers unparalleled in the music business today.

For more information, album artwork, photography or to request interviews with the artist please email christhy@otterpr.com