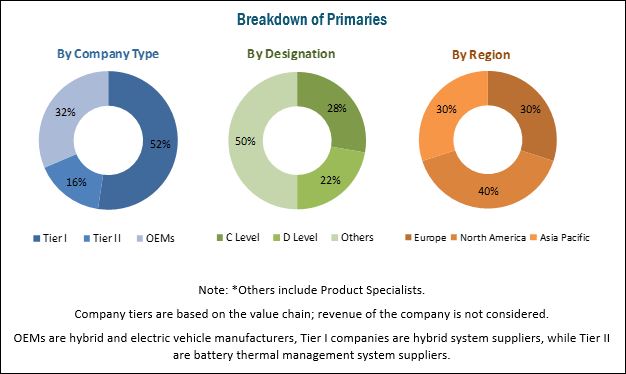 The passenger vehicles segment is projected to hold the largest market share during the forecast period. The growth of this segment can be attributed to the various initiatives by government bodies to improve EV adoption rate across the world. The growth can also be attributed to the high growth projections of BEVs and PHEVs in several countries. China, for example, has an ambitious plan of going all electric by 2025. Both these vehicle types have a major market share in the passenger vehicle segment. Hence, this segment is expected to experience the highest growth during the forecast period.