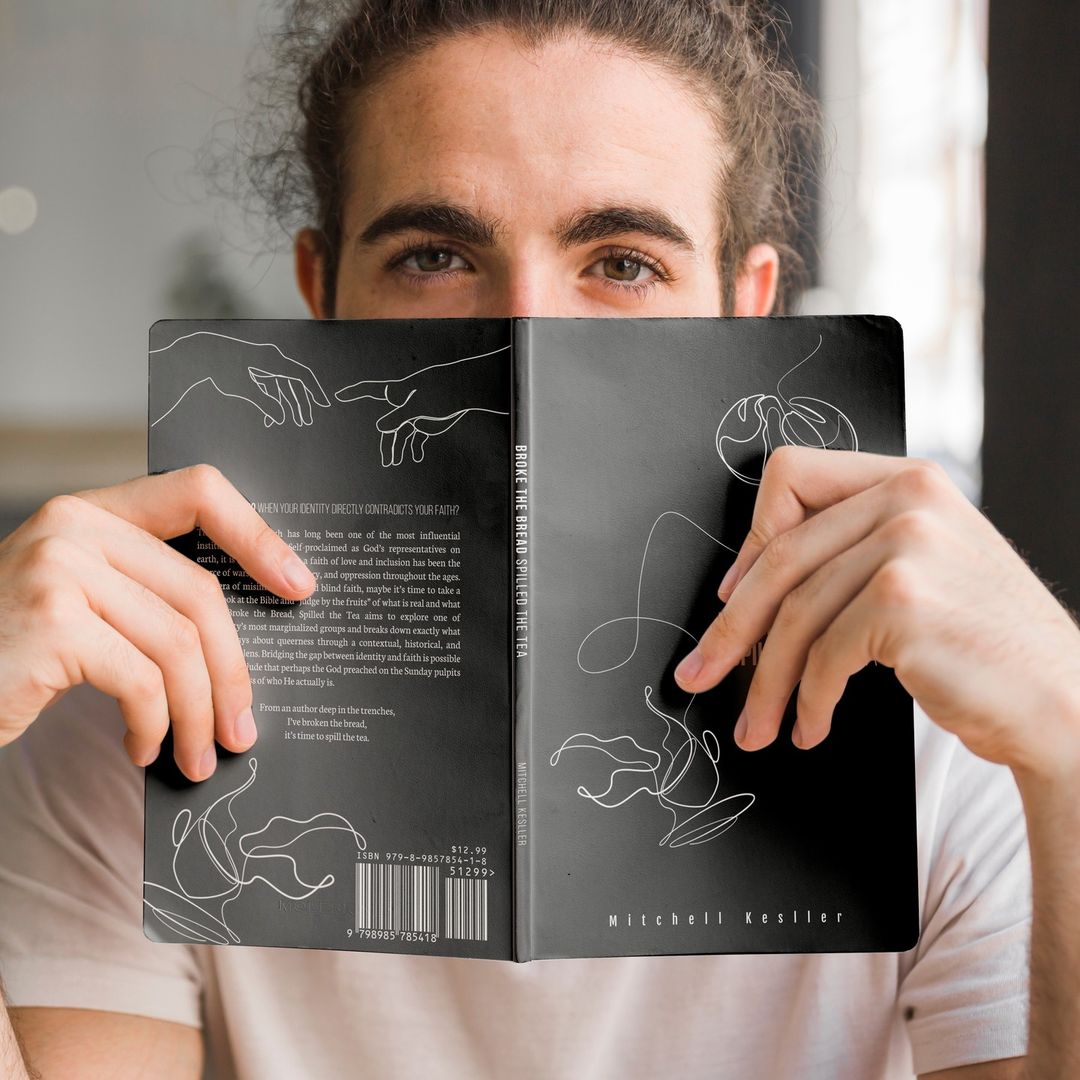 I’ve broken the bread, it’s time to spill the tea – Mitchell Kesller
Broke the Bread, Spilled the Tea by author Mitchell Kesller highlights the truth about the LGBT community as mentioned in the Bible.

Author Mitchell Kesller’s new book Broke the Bread, Spilled the Tea is an LGBT non-fiction book that is set to release on March 30th, 2022.  The book explores the truth of what is written in the Bible as it pertains to homosexuality from an academic, lexicological, and historical perspective. The author brings up ancient texts and historical contexts to show that the six verses in the Bible known as the gay-bashing or clobber texts do not point to loving homosexual relationships but to something else.

With this book, the author exposes the truth about a message that has been twisted and misinterpreted for years as a weapon against the Queer community. He makes a bold statement that perhaps the fullness and truth of God is not what is preached on the church’s Sunday pulpits.

Talking to the media, Mitchell Kesller said, “The church has been an influential institution in human history and in our society. For centuries, the institution has been a self-proclaimed representative of God on Earth; However, it’s ironic to see how organized religion’s weaponized faith has been the source of wars, slavery, genocide, and oppression throughout the world. In an era of blind faith and misinformation, I wanted people to take a closer look at the Bible and discover what is real and what is not”.

“I want people to realize how much in the Bible has been misinterpreted to oppress the LGBT+ community. God loves the LGBT+ community, and the Bible provides enough proof of this. As a devout Christian, when I accepted myself as bisexual I had a hard time believing that God loved me. The religious trauma faced by thousands across the nation who have recently become part of the deconstructionist movement is a glaring sign that I’m not alone. Through deep academic research of the holy scriptures, I realized that God loves all his children, and has no qualms with loving homosexual relationships. Enough is enough. The church will no longer gate-keep heaven and God’s love from the marginalized people it was meant to embrace. This book is a starting point as I encourage others to take a closer look at the Bible from an academic perspective,” added the author.

Editor Leslie Ross while reviewing the book noted, “This book is a breath of fresh air for a community that has long been suffocated.”

About the Author – Mitchell Kesller

Mitchell Kesller was born in Brazil and raised in Boston, MA. He now lives in Orlando, FL with his fiancé Daniel. Though achieving two university degrees in unrelated fields, his true passion has always been in the study and analysis of ancient civilizations and their effects on modern society. His book Broke the Bread, Spilled the Tea will highlight the much-needed truths in the Bible about the LGBT+ community.

About the book – Broke the Bread, Spilled the Tea by Mitchell Kesller

Broke the Bread, Spilled the Tea aims to explore one of Christianity’s most marginalized groups and breaks down exactly what the Bible says about queerness through a contextual, historical, and lexicological lens. The book put forward the idea that bridging the gap between identity and faith is possible when we conclude that perhaps the God preached on the Sunday pulpits isn’t the fullness of who He actually is.

Mitchell Kesller’s Book “Broke the Bread, Spilled The Tea.” is available for preorder for both print and ebooks, and will be officially released on March 30th, 2022.

Readers can place their orders on Amazon.com and Barnesandnoble.com.