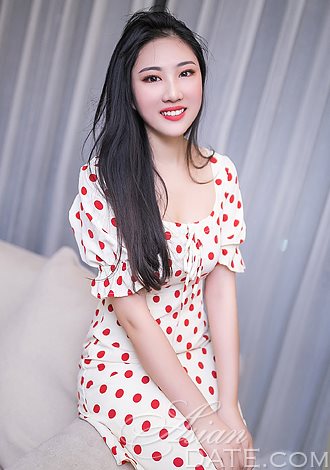 AsianDate names Bacolod City in the Philippines as its City of the Month for April 2020.

AsianDate, the leading Asian-specific online dating service with an international presence, has announced its City of the Month for April 2020 as Bacolod City. A surprise choice for many from AsianDate, Bacolod City is a popular travel destination for a growing number of tourists looking to explore the Philippines.

AsianDate is the international dating service committed to bringing couples together worldwide. The dating platform has an amazing record of helping singles connect with their best Asian matches.

AsianDate’s choice of Bacolod City as the City of the Month for April 2020 was not a predictable choice. However, Bacolod is a large and energetic city at the heart of the Philippines. It is a travel destination that’s a wonderful choice for those who seek a unique experience.

The city serves up some fascinating times if visitors make the effort to go beyond the usual options. Bacolod proves that travel is all about exploring something new and finding hidden gems on offer in the city. The place is famous for its historic sights, fabulous cuisine, and fun pastimes. Those who think out of the box while exploring unique places will definitely find Bacolod City to be a great experience at the heart of the Philippines.

Bacolod is popularly known as the “The City of Smiles”. It has made its mark on the international travel scene as a hospitable city with a population of just around 560,000. The city offers comfortable travel and sightseeing experience.

Bacolod City is a friendly and hospitable city where visitors will remember the connections they made, the people they encountered and the experiences they had.

AsianDate members can connect with matches in the Philippines using a range of features including Live Chat, CamShare, and photo swap.

AsianDate is part of the Anastasia Family of sites, founded in 1993, which offers premium international dating to facilitate exciting and romantic companionship online between men and women all over the world. The Anastasia Family includes AsianDate.com, AnastasiaDate.com, AmoLatina.com, ArabianDate.com, and AfricanDate.com, which bring together over 20 million international users and more than 150 million online visitors annually. Additionally, over 2.5 million conversations are exchanged onsite daily. AsianDate is committed to member safety, customer satisfaction and the ongoing pursuit of innovation. Headquartered in New York, the Anastasia Family has additional representation in every country it touches providing a high level of customer service to a worldwide clientele. All members are able to communicate across a variety of top-notch multimedia platforms, including video chat and a mobile app for Android devices available in Google Play.