Hot new rapper Ashley Brinton aka Aye B who is known for her hit performance on #1 TV show Below Deck, has taken the Rap world by storm in 2020 with her newly released single “Nobody” produced by Hotsauce. Aye B has instantly risen to the top working with Hotsauce on this track whose produced for such artists as Ariana Grande and the list goes on. Hot new rapper Yella Beezy from Texas has collaborated on this track rapping on the hook. 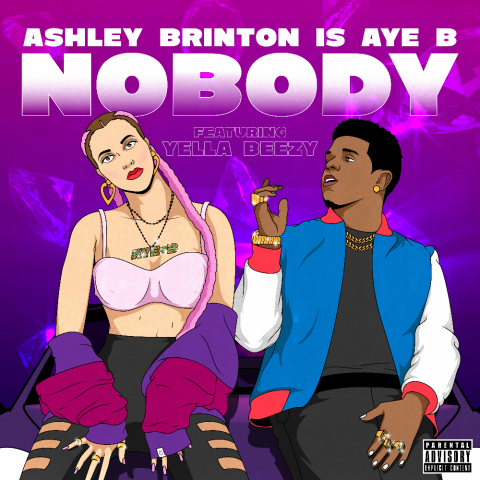 Aye B at just 18 years old, is such a young super talent, she and writes and co-writes her own tracks. “Nobody” was produced in a studio in Thousand Oaks, California and her next step is to release the music video with Yella Beezy due out this month.

When asked what the inspiration for this track were, Aye B exclaimed, “My inspiration for ‘Nobody’ came from watching all these guys who have girlfriends hitting on me. I’d never take them up on it because I’m better than that. I just tell them, “Don’t leave your girlfriends.”

Most recently Ashley Brinton aka Aye B was asked to be an opener for The Mod Sun National Spring Tour 2020. The tour was set to span from March 1st until April 11th, 2020, with a start day in Minneapolis and closing it off in Los Angeles, CA. Due to the Corona Virus, the tour was halted after the Chicago tour date. Aye B performed her tracks such as; Kreamy Kash, Wednesday Thought, Good Mawnin, A Cardi B cover, and Nobody.

To hear “Nobody” listen here: