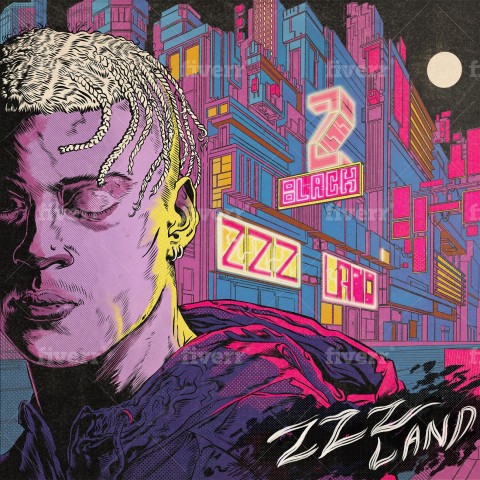 Z Black is a talented new artist with remarkable vocal and songwriting skills. While some people learn to accept the adverse situations they’re born in, some choose to work hard to get out of it, and Z Black surely falls in the latter. Born in Washington DC, he grew up with 6 siblings. He was caught in an abusive household, spent chilling winter nights with no heat, and sometimes, he would go to sleep with an empty stomach. Despite all the tough situations, he always had this little hope that things will change for him, someday.

From the moment he heard Kanye west’s “College dropout”, he fell in love with Rap music. He started making music to escape his harsh realities and later in life, used it to face his reality. Z started making music in 7th grade and never stopped since then. He would compose melodies, practice rap watching popular artists and write his own songs.

Some of Z Black’s biggest influences are artists like J Cole, Ski Mask, Kanye West, Slump God, and MF Doom. When asked what message he would give to someone in a similar situation, Z Black says, “Be comfortable with being uncomfortable. Be able to be flexible when it comes to everyday complications.”

After taking up music as a full-time career, Z Black has learned to accept and enjoy all the hardships along the way, while consistently working for a better future. At present, his main focus is to create good music that the people like and things will fall into place on their own, he believes. He dreams to reach next levels and continue to inspire people with his music.

Z Black released his first project on  February 02, 2020, and his second EP will be released in summer, this year.

Listen to Z Black’s latest album through this LINK.