Insomnia is a 4 song EP that was recently released on 12.20.2019 and features hard-hitting songs that act as a mirror to the society we live in. From openly defying Trump to highlighting the impact of technology on people, the EP does the job of raising major issues in an impressive manner. The album is created by Oh Well, a one-piece progressive electronic Indie pop project based in Chicago, Illinois. One of the songs “Insomnia” from the EP is also available as a music video on YouTube and has over 57k views so far. This song is about the digital world and its affect on human lives.

Here’s an excerpt of the lyrics of the song Insomnia –

“In the middle of the night
Can’t sleep about it
Can’t eat, can’t breathe
Don’t want to think about it
Insomnia
Insomnia”

Another song to look out from the EP is “Blindfolds Off” that focuses on life in the post-truth era in open defiance of US President Donald Trump. The song features the controversial statements given by Trump during various interviews, such as the infamous, “If Ivanka weren’t my daughter, perhaps I’d be dating her”, which he said on a television show called The View. The other songs on the EP are “Life is Better Online”  and  “Moving On”, each questioning societal norms. 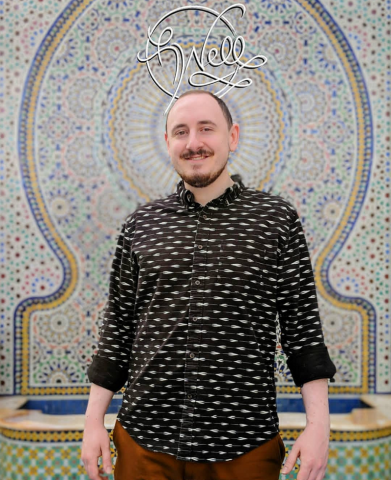 Ryan, the musician behind Oh well, started out as a guitarist and moved to play the Piano. He later picked up upright bass and violin in an orchestra, grabbed a lead role in a musical and also became a member of an award-winning choir. He is also a guitarist in “Level the City”, a death metal band based in Milwaukee, WI. All this experience in different aspects of music, inspired him to become a full-time musician, to write, compose and sing his own songs. “I was inspired to create Oh Well as a solo project with which I could harness all of the various instrumental, technical, and musical skills I’ve learned throughout my previous projects”, says Ryan.

He further adds, “I want people to become more conscious of the society around them and question the norm. In the modern era, we’re all far too dependent on technology and I myself am guilty of it. I urge us all to put down our cell phones more often and be truly engage with each other, fully present in the moment.”

Oh Well’s first EP was “Forging a false Reality” that received great feedback from his fans and now he is extremely excited to launch his second EP “Insomnia”, which is available all major music platforms.