Coming from East Orange, NJ this artist has experienced many places and sounds. LM Eazii tells us that great music inspires him. He likes listening to new music/sounds and different cadences brought with it, you can say he’s very open minded when it comes to music which allows him to get creative with his own sound. Living everyday life inspires him to write. He is committed to his work and works hard at it too! No one can tell his story the way he can. 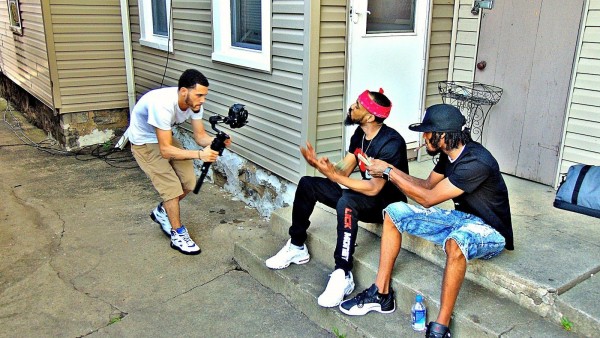 LM Eazii has accomplished quite a lot from when he started, but his biggest accomplishment to date would be his interview with hot97s own DJ Drewski on his podcast, “THE MVMT”. He has also gotten 100k streams on his last single e.p. “CRESCENT MOON” go check that out! Another one of his accomplishments was getting on Cole Bennett’s LYRICAL LEMONADE spotify playlist, if you don’t know Cole Bennett, he is an american videographer and director who has shot for artists such as Juice Wrld, Lil Skies, Lil Tecca, Jack Harlow, Lil Durk and more! Congrats goes out to LM Eazii for all these accomplishments.

As music evolves this artist tries to stay in tune with it all. That kind of evolution inspires him to do different things and step out of his comfort zone. LM Eazii is an artist who likes to create. He plans to hop on pop beats and not just stick to one genre, he does not want to be boxed in. His sound is his own! He does not sound like an imitation when he does his autotune and the way he raps sets him apart from other artists. He is and always has been a fan of music.

His biggest performance was at a festival in Newark called the LINCOLN PARK FEST run by Doitall from the lords of the underground. American Airlines at a small club in Newark called La Rouge Lounge and Vibes in the city, a very dope plug & outlet to network your craft. There is always somebody there to watch.

Go check out LM Eazii! You will not be disappointed. This artists’ style is humble,but he draws attention. Make sure you go check out his latest release, “hawty“! This song has a catchy hook with a dope party beat; it’s definitely a hit!