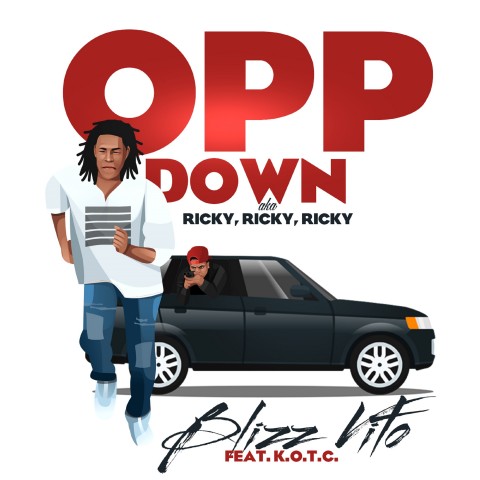 Blizz Vito aka BU (Bossed Up) is a Brooklyn based artist who grew up in Clinton Hills, the same neighborhood as the legendary rapper Biggie Smalls. Blizz discovered his talent for rapping at the age of 19 and ever since he has been working hard to master his craft. He entered the music scene with his first single “Right Now”, released on July 19, 2019, that garnered over a million views on YouTube in four months. “I grew up listening to Drake, Lil Wayne, Gucci Mane as well as Biggie Smalls and Jay-Z since I am from Brooklyn. I really always loved lyrical rap music and I discovered that I could freestyle around the age of 19”, says Blizz.

His fans will be delighted to know that this year, Blizz has released his new song “Opp Down” aka “Ricky, Ricky, Ricky”, a new classic drill anthem birthed from John Singleton’s Boyz in the Hood with the catchy chorus “Ricky, Ricky, Ricky” poised for a meteoric rise from the Brooklyn Drill music underground phenomenon to mainstream success with talents of legendary Drill Producer 808 Melo production drill music Beat. It is interesting to note that 808 Melo is the producer for Travis Scott, Pop Smoke, Jackboys “Gatti”, a Billboard Top 100 song and he is the exclusive producer of Pop Smoke’s debut EP and K.O.T.C. (Kidz on the Corners) production. Blizz takes his inspiration from the classic movie Boyz in the Hood to describe the plight of the young men in his latest song ‘Opp Down’.

Right from his first single, Blizz garnered the interest of media and popular Hip Hop media like Allhiphop.com, Respect Mag, Thisis50.com, and TheRapFest Magazine. In December of 2019, he premiered and released his second viral hit “Fake Friends” which had over a million streams on all streaming platforms and over 600,000 plus views on YouTube in less than a month. Not slowing down he released ‘Opp Down’ which is an adrenaline drill anthem with his melodic chorus.

Blizz further adds, “Music is my passion for and the words in my music are derived due to life events. Rap is an outlet for me to express myself and my experiences being Black and Latino in America.”

Blizz is currently producing music through his own label Bossed Up Music Entertainment. He has faced a lot of struggles in life and worked really hard to be where he is now. He believes in never stop dreaming and keep working hard to achieve bigger success in life.

Listen to his latest release on Spotify.com.