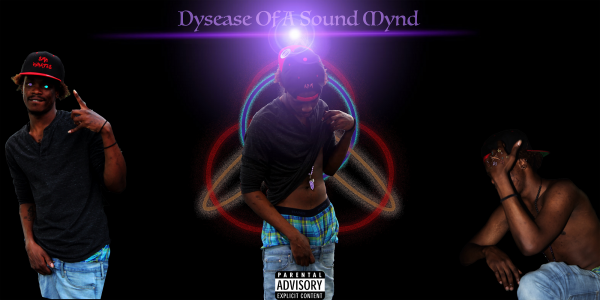 Not wasting his time in the quarantine period due to the ongoing pandemic, talented artist Aryes Praedo Marytymus spent his days working in his home studio on his upcoming project. While for most of us it is becoming difficult to deal with this challenging time, Aryes found this to be a good time to concentrate on his music as it gave him a direction and clarity of thoughts for where to channelize his energy, without the fear of emotions weighing him down. His upcoming project is the outcome of this dedication.

Aryes has made a lot of good tracks like “Neverland”, “Reckless”, and “The Come Up” which are full of peppy beats and mind-blowing rhythms and melodies, but Aryes claims that his next project is going to be a step ahead of his previous work. This new project is titled “Dysease of a Sound Mynd” which will drop on June 21, 2020. If you are someone who loves bars and banging music wrapped in an astounding clear message, then this album is going to be on your playlist on repeat mode.

Aryes strives to be different than others by creating unique music that no one has ever listened to. He created his own music style and calls it ‘Pyrate Rap’. He is a dynamic and versatile artist, who knows music in no singular form. For him, his music is an extension of him.

When asked about his musical journey, Aryes says, “It’s been 3 years since I first decided to be serious about music and each day since then I have done all I could to improve and become a better artist to truly express how I feel and I believe I have finally found that. So now, I want to make sure the world hears my message because it’s not a simple one.” He is a passionate and committed artist, who gives his best in whatever project he works on. This dedication is what has led him to the place that he is today.

Aryes has been inspired by his brother to write music and the moment he showed his brother for the first time, a song that he was writing, his brother’s reaction was enough for him to understand that he was going to the right direction.

Aryes wants to inspire people by doing different things in addition to his music, like the “Self –made Sunday Veritas” on his YouTube channel, where he encourages the listeners to make time for the things they love.