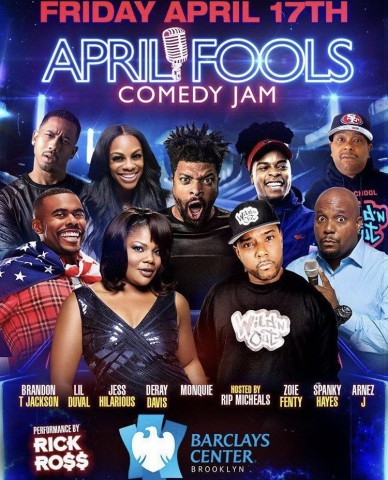 Currently in its seventh year, the jam-packed show will also be hosted by, Rip, who is mostly known for his jaw-dropping antics on MTV’s hit show Wild ‘N Out. As the master of ceremonies, he has enlisted musical guests Rick Ross and 2 Chainz to round out the show.

This all-star lineup of the hilarious comics gathered on one stage ensures a night of fast-paced lunacy. Tickets start at $30 and go on sale Friday, Feb. 21 at noon through Ticketmaster.

Rip Micheals is one of the industry’s most versatile and sought-after comedian. The Chicago-raised comedian gained notoriety for his in-your-face satire and has worked with stars like Anthony Anderson, Brandon T. Jackson, Nick Cannon, and more. Rip Micheals is also the co-creator of the wildly successful tour Wild ’N Out Live.