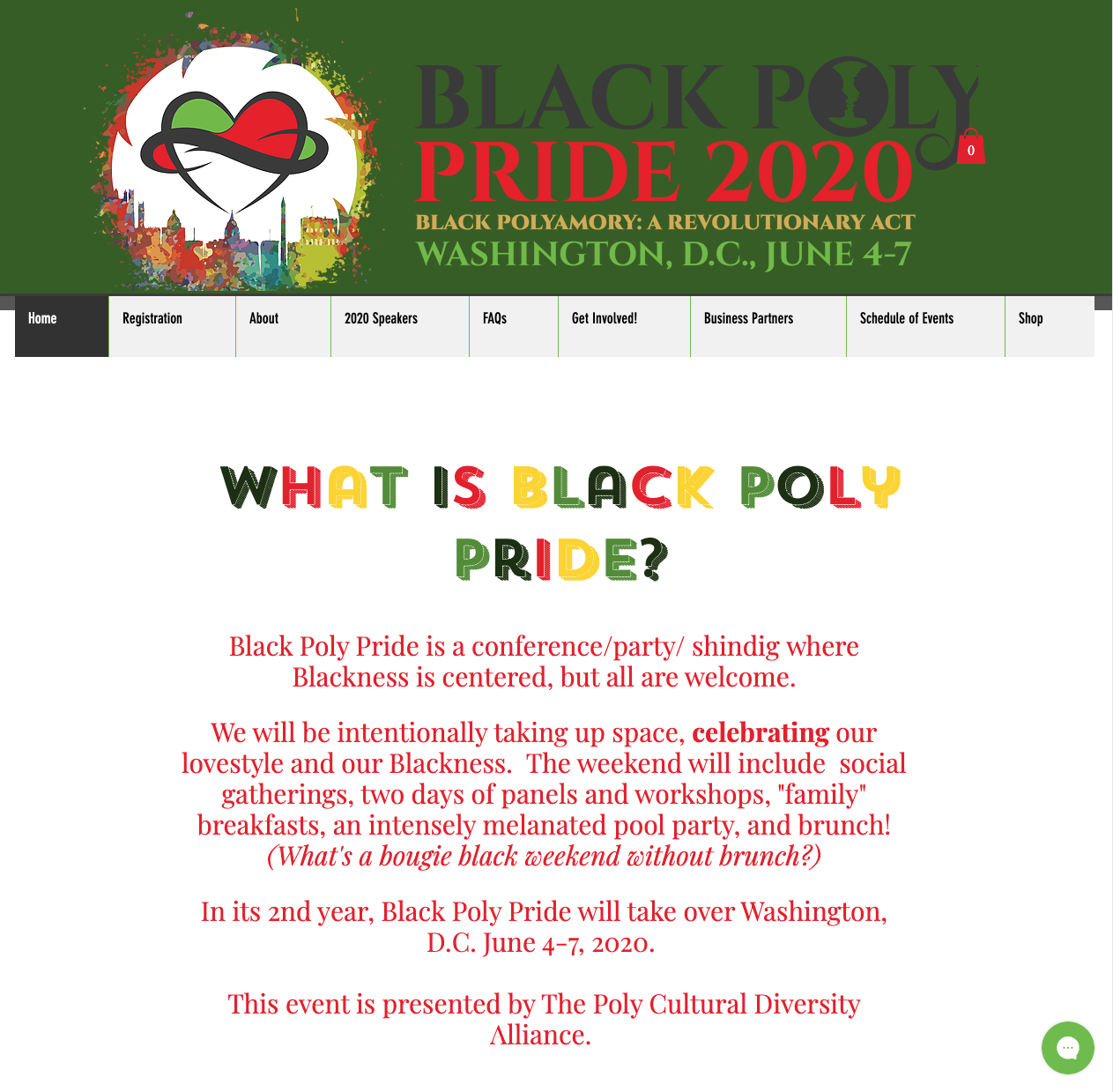 March 26, 2020 – Washington, DC – Episode 260 of the Multiamory podcast explores the history of polyamory in the Black community. They also discuss Black Poly Pride, a groundbreaking conference to be held on June 4-7, 2020, in Washington, D.C.

The podcast begins with the Black Poly Pride organizers Cheri Calico Roman and Chanee Jackson Kendall sharing how this event was rooted in online community beginnings. Over time, it evolved into an event where polyamorous members of the Black community could find support and education.

Chanee said, “This year, there will be at least two classes going on concurrently. We’re expecting some serious growth with new speakers and new topics. We’re putting a focus on workshops and lectures that have never been given before anywhere else. Black Poly Pride is a reminder that this is what life is supposed to be like.”

Cheri and Chanee began as admins of the Black & Poly online community. They then became co-founders of the Poly Cultural Diversity Alliance, where they discovered a lack of Black safe spaces and content at conferences and world pride events. They decided to fix that problem.

The podcast explores the difference between social spaces and events specifically for Black people versus those that are Black-centered but open to all, especially when it comes to social forums and events that celebrate non-traditional lifestyles.

Chanee said, “It takes courage to really stand up and provide for my community what it needs. Black Poly Pride is for Black people, people who love us, and for people who understand the need for a space like this. If you understand why we have Black Poly Pride, come on over, come emotionally process, come party. If you have questions, you may have more work to do before entering this space.”

The conversation then turns to womanism as a response to white-centered feminism, and how the feminist movement has influenced Black polyamory — including discussions about white patriarchy and its influence on even the most staunchly feminist perspectives. At the root of womanism is a desire to fully embrace the freedom and autonomy of Black women.

Cheri and Chanee also go into how they started a public awareness to include more Black polyamorous stories in Black History Month, as well as throughout the entire year.

Cheri said, “Our theme for Black Poly Pride 2020 is ‘Black Polyamory, a Revolutionary Act.’ When Black History Month was coming around, we saw it as an opportunity to collect stories about the history of Black polyamory because it’s something that we don’t hear enough about.”

Chanee added, “Historically, Black people did not have the choice of how to love and how to set up their families. Historically, when we were brought to this country, our families were separated, and we did not have the ability to say, ‘This is the way that I want to love.’ For me, being Black, polyamorous, and proud is revolutionary because I am reclaiming that choice that my ancestors did not have — to live my life and to love my people the way that I want to. It’s important to me to honor that choice, and my hope is that one day, polyamory will be boring, that it will be normal, that we no longer have to talk about it as this radical thing — that, instead, it’s normalized as revolutionary, as a revolution that happened, and now we’re at a place where that’s in the past, and now we’re moving on.”