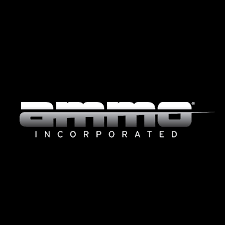 AMMO Inc. (NASDAQ: POWW, $POWW) is a company worthy of investor consideration, with weakening markets exposing what appears to be a significant value opportunity. And that’s not just bullish sentiment speaking. AMMO makes its own case for investment consideration by reporting impressive, often record-setting revenue growth, broad market expansion, and facility enhancements that position them to increase output at least three-fold in the coming quarters. And that’s not all driving the value proposition. Activist investors are also pushing for ways to unleash intrinsic and inherent value. All tolled, the sum of those parts indicates that POWW’s trend of getting bigger faster will likely continue.

There is indeed an established precedent. Recent Q1 financials showed over $60 million in revenues, strengthening margins, and new deals expected to generate near and long-term growth. Guidance is bullish, too, evidenced by POWW management forecasting 2023 revenues to eclipse $300 million and post EBIDTA between $82 million to $85 million. On an Adjusted EBIDTA basis, results are expected to be better, with AMMO saying those numbers could reach between $108 million to $111 million. But it’s not just historical data and guidance supporting the bullish proposition.

Current contracts, those expected, and everything in between are fueling optimism that a deserved valuation breakout is near.

And that break higher could come through the help of activist investors, which are campaigning for POWW to make operational changes that, in their view, would allow the company to utilize its balance sheet to accelerate accretive growth. Activist investors often provide excellent benefits to their fellow investors. After all, they want the same as every long-sided investor- increased shareholder value. Thus, while proxy battles can cause volatility, with the best interests in mind from both points of view, the likely outcome is usually a positive one. It helps when the company is already well-positioned to capitalize on large-market opportunities.

AMMO, Inc. is. They target rising demand for ammunition and munitions from public and private sector clients. That demand is getting a boost, fueled by geopolitical pressures, domestic headlines ahead of elections, and ongoing supply chain issues creating a sense of urgency for buyers to purchase goods as soon as they make it to shelves as product shortages continue across the nation. And with sanctions on Russian ammunition, a reprieve from that situation is unlikely. Of course, every investment has inherent risk. But, with POWW well-capitalized and positioned to increase production capacity by a significant measure, demand from governments, public agencies, and millions of consumers wanting what POWW sells helps mitigate that risk.

Keep in mind, too, that while POWW is young in the industry, with forecasts of posting $300 million in 2023 revenues, they certainly aren’t small. And the better news for investors considering, they want to get bigger, with a large part of POWW’s mission being to acquire accretive revenue-generating assets and leverage the strength of its manufacturing efficiencies. Doing both expedite its ability to expand its reach into public and private sector ammunition supply markets and, as important, positions revenues to fall faster toward the bottom line.

Recent news supports that likelihood. On Monday, POWW announced plans to launch its proprietary e-commerce payment processing platform on or about January 1, 2023. Taking in-house control of the internal management & control of payment processing is expected to immediately enhance the buyer/seller marketplace experience. More importantly, from an investor’s perspective, the planned separation from 3rd party processor BitRail is projected to drive an additional $5 million to POWW’s bottom line in its first full year of operation. That integration is more than accretive; it follows the trend of POWW taking steps to increase shareholder value through non-dilutive means.

Creating Value And Tapping Into Existing

Thus, with all of the good happening at POWW, multiple milestones reached, and catalysts in the crosshairs, it’s fair for investors to wonder why AMMO stock is lower. The best answer is that markets are imperfect at best. Moreover, value isn’t always appropriately reflected when the sector index declines and activist motivations contribute simultaneously. But with that said, valuation disconnects also present investment opportunities. And unlike other companies, POWW’s share price isn’t reflective of a company in trouble. They aren’t.

On the contrary, they have the pieces to grow significantly larger. In fact, AMMO’s assets, brand potential, and market positioning in addressable markets already establish them as a formidable ammunition supplier in brick-and-mortar side and e-commerce markets. The latter is expected to get stronger.

Remember, they already have the expertise and assets to penetrate the online space. And they can expedite that mission by maximizing the benefit of having millions of existing customer and user relationships already using its GunBroker.com asset. Further, taking advantage of additional accretive deals and maximizing its internal strengths could add to an already considerable revenue-generating tailwind, expand interests in new B2C categories, increase sales from military and law enforcement contracts, and further develop adjacent markets, including sporting goods, apparel, and collectibles. Most importantly, they have enhanced its infrastructure and operational ability to meet even the most ambitious growth objectives. That’s no overstatement.

POWW announced completing a significant facility upgrade expected to triple production capacity for high-margin products to meet the growing demand from a record number of new shooters. That added capacity should also help reduce millions in back-orders and create opportunities to score additional military contracts. Notably, development deals with the military are ongoing, and those that understand military contracts know those deals can reach hundreds of millions of dollars.

Do the math- a billion rounds of ammunition at $0.40 each generates significant income. And when that income is supported by in-house production and robust margins, the dollars that fall to the bottom line can be substantial. Of course, having the right products to serve demand matters, and POWW does.

POWW recently announced the roll-out of its portfolio of loaded ammunition, including its STREAK™ Visual Ammunition, brass casings, and munition components. Those products have reached shelves of at least 440 retail stores since the start of its fiscal year, including prominent ones at Turner’s Outdoorsman and Dick’s Sporting Goods (NYSE: DKS). That’s not all. POWW expects to benefit significantly from five new distributor partners to capitalize on segmented market demand across the commercial markets and expand its distribution footprint throughout the U.S. The company guided investors to expect sales momentum to accelerate from those deals in 2023.

More than 400 people are expected to contribute to meeting increasing market demand, and if all goes according to plan, POWW believes it could target sales upwards of one billion dollars in the next few years. Indeed, the new facility answers some questions about reaching those ambitious projections. With more upgrades expected, more may be answered soon.

Looking Past Price For Opportunity

Thus, as a news-driven company with several announcements likely in the queue before year-end, Ammo, Inc. should appeal to growth stock investors searching for valuation disconnects in companies that can fill them. With soaring demand and a favorable legislative tailwind, POWW likely can.

That’s not even a bold assumption knowing that as the company puts its most efficient procedures in place, it can capitalize on and maximize the enormous sales potential from online channels and growing military and law enforcement contracts. And the better news from an investors perspective is its current ammunition and munition components business, including its well-established STREAK™, Signature™, Blackline™, /stelTH/™, Blueline™, AMMO Brass™, and Hunt Ammunition™ brands, is an arsenal able to help meet that objective.

Still, the most critical factor to remember when appraising POWW’s potential is that they aren’t starting from zero. They are a significant revenue-generating company, they are cutting costs, and they are creating a manufacturing infrastructure that could transform this expected $300 million company in 2023 into a revenue-generating juggernaut much faster than many think. They have the capital, management expertise, and demand-filled markets to make it happen. All they need to do is execute, and with history as a guide, they likely will.

Disclaimers and Disclosures: J-Time Media Group is responsible for the production and distribution of this content. J-Time Media Group is not operated by a licensed broker, a dealer, or a registered investment adviser. It should be expressly understood that under no circumstances does any information published herein represent a recommendation to buy or sell a security. Our reports/releases are a commercial advertisement and are for general information purposes ONLY. We are engaged in the business of marketing and advertising companies for monetary compensation. Never invest in any stock featured on our site or emails unless you can afford to lose your entire investment. The information made available by J-Time Media Group is not intended to be, nor does it constitute, investment advice or recommendations. The contributors may buy and sell securities before and after any particular article, report and publication. In no event shall J-Time Media Group be liable to any member, guest or third party for any damages of any kind arising out of the use of any content or other material published or made available by J-Time Media Group, including, without limitation, any investment losses, lost profits, lost opportunity, special, incidental, indirect, consequential or punitive damages. Past performance is a poor indicator of future performance. The information in this article, video, newsletters, and/or any other publication and dissemination, is not intended to be, nor does it constitute, investment advice or recommendations. J-Time Media Group strongly urges you conduct a complete and independent investigation of the respective companies and consideration of all pertinent risks. Readers are advised to review SEC periodic reports: Forms 10-Q, 10K, Form 8-K, insider reports, Forms 3, 4, 5 Schedule 13D. PLEASE NOTE: J-Time Media Group, its authors, contributors, or its agents, have been compensated up to five-thousand-dollars by a third party to research, produce video graphics, and prepare, produce, and syndicate editorial content for AMMO, Inc. for a period of one month ending on October 23, 2022. As part of all that content, readers, subscribers, and website viewers, are expected to read and understand the full disclaimers and financial disclosures statement included as part of this and all content. The Private Securities Litigation Reform Act of 1995 provides investors a safe harbor in regard to forward-looking statements. Any statements that express or involve discussions with respect to predictions, expectations, beliefs, plans, projections, objectives, goals, assumptions or future events or performance are not statements of historical fact may be forward looking statements. Forward looking statements are based on expectations, estimates, and projections at the time the statements are made that involve a number of risks and uncertainties which could cause actual results or events to differ materially from those presently anticipated. Forward looking statements in this action may be identified through use of words such as projects, foresee, expects, will, anticipates, estimates, believes, understands, or that by statements indicating certain actions & quote; may, could, or might occur. Understand there is no guarantee past performance will be indicative of future results. Investing in micro-cap and growth securities is highly speculative and carries an extremely high degree of risk. It is possible that an investors investment may be lost or impaired due to the speculative nature of the companies profiled.