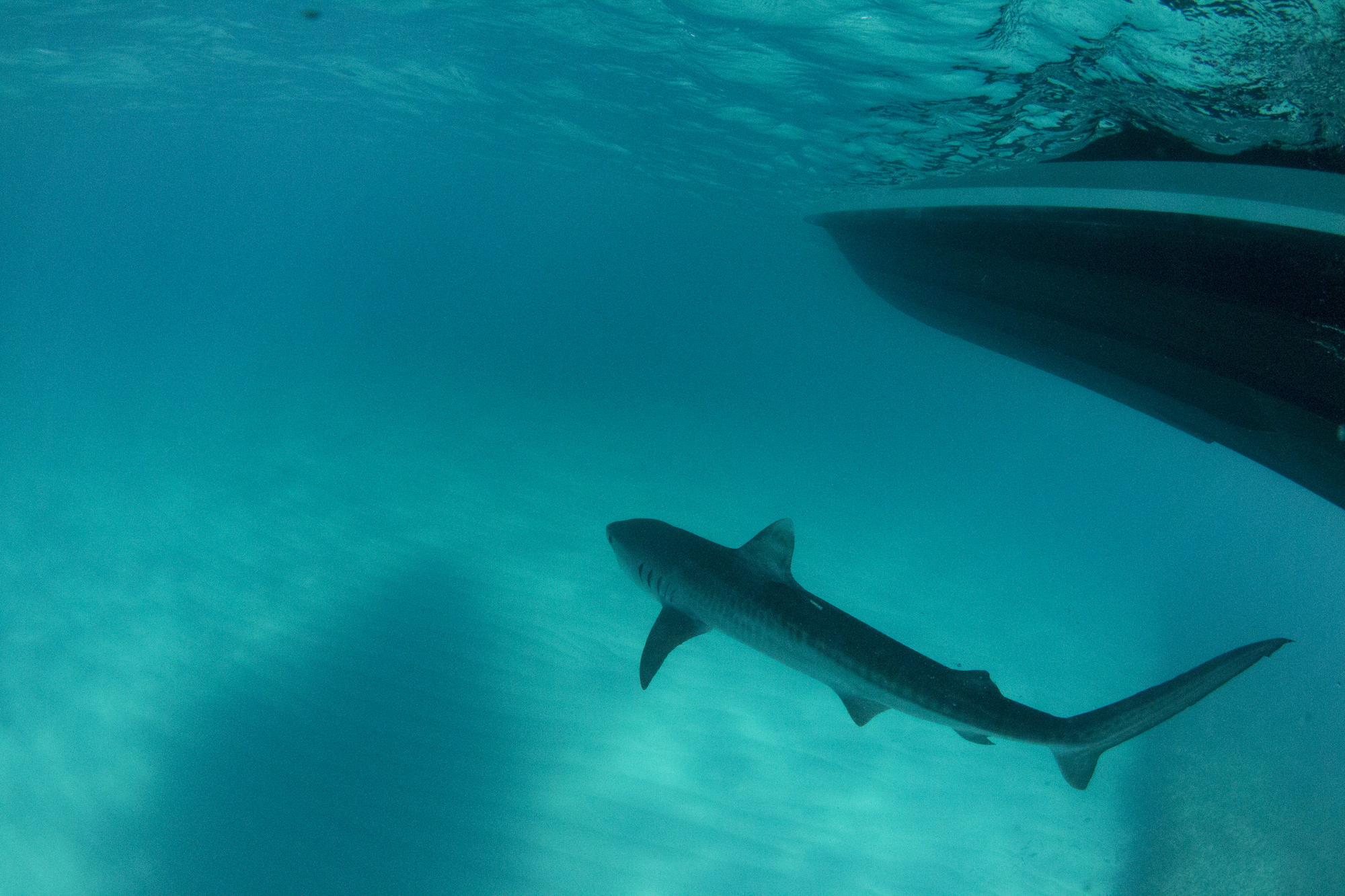 An all-female team from Beneath the Waves, an ocean NGO using cutting-edge science to advance scientific discovery and catalyze ocean policy, will be in the Turks and Caicos before World Oceans Day, leading an expedition focused on juvenile tiger sharks, collaborating with the Department of Environment and Coastal Resources to survey shark and ray populations around the Turks and Caicos Islands.

An all-female team from Beneath the Waves will be in the Turks and Caicos before World Oceans Day, leading an expedition focused on juvenile tiger sharks, collaborating with the Department of Environment and Coastal Resources to survey shark and ray populations around the Turks and Caicos Islands.

Jamie Fitzgerald, Beneath the Waves’s managing director, says, “We are especially excited about this upcoming expedition because we will be joined by local high school students for a day of shark conservation research in their own backyards.” She adds, “This year’s World Oceans Day theme is ‘Life & Livelihoods’, and we can’t think of a more fitting way to celebrate our ocean than by engaging with young students, providing an opportunity to not only educate them about the critical and beautiful habitats of the Caribbean region, but also inspire them to become the next generation of marine biologists.”

Beneath the Waves has been working with the Department of Environment and Coastal Resources since early last year, and was invited to the country in the fall of 2020 to begin collecting data on sharks and rays around the Turks and Caicos islands to support proposed policies to protect the animals.

The neighboring country of the Bahamas established a Shark Sanctuary in 2011, which has not only helped protect critical shark species in the country but has also generated millions of dollars annually through ecotourism. Beneath the Waves has been studying sharks in The Bahamas Shark Sanctuary for years, and with their insights and scientific expertise could potentially advise on similar protections (with similar economic benefits) in Turks and Caicos.

Since September 2020, Beneath the Waves has conducted five expeditions and surveyed the majority of the island chain, creating a baseline for understanding sharks in the region with the help of local experts and ecotourism guides from Big Blue Collective. During this week’s expedition, the team will use baited underwater video stations (BRUVs) and take water samples for environmental DNA analysis. They will also focus on tagging juvenile tiger sharks to learn how they use shallow reefs and seagrass habitats. A group of local high school students will assist with the expedition by placing and retrieving BRUVs and assisting with GoPro data collection, GPS coordinates and mapping, and recording scientific data. All students will have the opportunity to observe shark-tagging from a closely monitored distance.

An expert shark scientist from the Dutch Caribbean Nature Alliance, Tadzio Bervoets, will join the Beneath the Waves team to assist with tagging and in-field education. Shark tagging is a quick but very informative process, where the shark is secured and measured before blood and tissue samples are taken, and acoustic and identification tags are inserted to track the shark’s movements over the rest of its life.

Founded in 2013, Beneath the Waves is an ocean NGO using cutting-edge science to advance scientific discovery and catalyze ocean policy, focusing on threatened species and ecosystems. Led by a group of established and emerging leaders in the marine conservation world, they have initiatives focusing on the conservation of biodiversity and highly migratory species such as sharks throughout the Atlantic, Caribbean, and Pacific Oceans. Their work has generated nearly 100 scientific publications, numerous first-ever discoveries, and they have been involved in the study and conservation of nearly 1 million square kilometers of marine protected areas.