Released on January 8, 2020 “El Barrio” is the latest project from Ennas, a singer who has been working alongside her father Wim Musean. This has been done a goal to shed light on the very real topic of child poverty, through their charity work and through their inspired music. While spreading this awareness about the child poverty crisis, money is being raised for those less fortunate. This is being done in the hopes that one day, these problems will be spoken of in past tense. 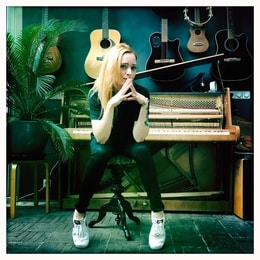 Ever since she was a child, singer Ennas has been surrounded by musicians. Her father, Wim Meusen worked in the music industry with The Rosenbergs, who allowed him to connect with prolific musicians around the world. Together, Ennas and her father hand-picked the best musicians to launch the “El Barrio” project. At the heart of “El Barrio” is the idea that music truly can make a difference. Through their uplifting music, they have raised money and child poverty awareness while donating 75 percent of the group’s earnings to charities all around the world.

For Ennas, the music journey began with her father, who was always playing the guitar and piano, which inspired her to follow in his footsteps. Later on, Ennas began singing for fun, and noticed that the combination of singing and playing piano filled her with a sense of calm. She was inspired to take her passion outside of the home.

From humble beginnings as a family-taught singer and pianist, Ennas started off singing jazz before deciding to widen her net, and try delving into different genres. It is this diversity that makes “El Barrio” a unique project, blending classical guitar and piano with fresh ideas and a fresh voice, all used to address one of the most important problems in the world today, especially in her father’s native Dominican Republic.

“El Barrio” is a collaborative work that was written by Win Meusen with the help of a composer friend of his, and features Ennas (who wrote the lyrics). This was finished off by recording artist MB (Ghetto Flow), who gives the song its finishing touches and modern aesthetic. The end result is a passionate piece that wrenches at emotions, and persuades listeners to think about the bigger picture, to speak for the poor children who are unable to speak for themselves, while raising money in order to help address the problem. Both Ennas’ father and husband have provided inspiration for this effort, after witnessing firsthand the extreme poverty in their home country as well as around the world. 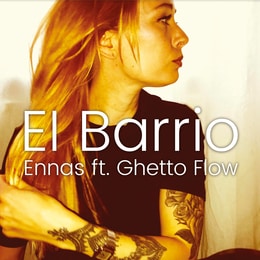 Soulful, energetic and lyrically introspective, the music of Ennas has been finely tuned throughout a lifetime. Recorded in a professional studio, “El Barrio” has a crisp and complete sound, with each element of each unique musician shining brilliantly. Available on the Enna music official website (https://www.ennasmusic.com) as well as Spotify (https://open.spotify.com/track/08nZZuiW4DgKJ7uE6qlMCR?si=QF_DEnf8Rsma7nN5RkuxTg), “El Barrio” is a brilliantly crafted, soulful song that goes deeper than the artists’ surface love of music. It speaks as a wakeup call for people to recognize the struggle that millions of children in the Dominican Republic and the rest of the world are faced with on a daily basis. This music also brings encouragement to pay attention to what is happening while spreading awareness to those who can afford to help break the vicious cycles of poverty found around the world.