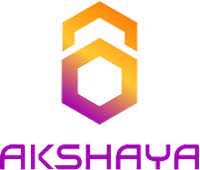 “Having an exclusive behind-the-scenes in-person meeting with some of the greatest tennis stars of all time is an unforgettable experience that will be forever preserved as an NFT. For those not in Dubai, having a physical and digital autographed collectible is your way to be a part of this historic World Tennis League event.” – Ganesh Raju, CEO of Akshaya
Akshaya.io has partnered with the World Tennis League to offer exclusive NFT and other offerings involving the greatest tennis players in the world.

Tennis fans will have the opportunity to purchase one-of-a-kind signed memorabilia, experience unprecedented event access and meet and greets with some of the biggest stars in tennis, including Novak Djokovic and Iga Swiatek, and have it all documented and preserved as a NFT via the Akshaya marketplace at the new World Tennis League this week in Dubai.

Akshaya, the world’s first unified NFT and Metaverse “Phygital” (physical and digital) marketplace, has partnered with the World Tennis League to introduce its “SportsVerse” where tennis fans will be able to purchase official World Tennis League (WTL) team jersey’s signed by team members along with a 3D digital NFT that is authenticated and certified and stored in blockchain. Through an experiential NFT for sale, fans will be able to have an opportunity to have meet and greets behind-the-scenes in the WTL team environment that includes photos, videos and autographs that is captured and saved as a 3D digital NFT.

All purchasing opportunities can be found at www.akshaya.io

“This is an exciting and very unique opportunity to take advantage of our physical, experiential and digital experiences offerings at the historic and inaugural World Tennis League in Dubai,” said Ganesh Raju, CEO of Akshaya. “Having an exclusive behind-the-scenes in-person meeting with some of the greatest tennis stars of all time is an unforgettable experience that will be forever preserved as an NFT. For those not in Dubai, having a physical and digital autographed collectible is your way to be a part of this historic World Tennis League event.”

The World Tennis League (WTL) is a first-year mixed-gender team event that will be played December 19-24 at the Coca-Cola Arena in Dubai. The event features four teams – Falcons, Eagles, Kites and Hawks – featuring 18 of the best ATP and WTA Tour players, including Djokovic and Swiatek, as well other top stars Nick Kyrgios, Felix Auger-Aliassime, Caroline Garcia, Elena Rybakina, Alexander Zverev, Paula Badosa among others.

Each match features men’s singles, women’s singles and mixed doubles two-set matches with a decisive match tiebreaker in a best-of-three series. The World Tennis League will not only showcase many of the best men and women players in the world, but will also feature some of the top music entertainers with post-match concerts featuring top global artists including Dutch DJ superstars, Tiësto and Armin Van Buuren.

Each team is as follows:

For more information on the World Tennis League, go to www.WorldTennisLeague.com

NFT, Metaverse and Blockchain Web3 Technologies have shaken up the industry by providing a fantastic avenue for content creators, artists, sports personalities and influencers through sales and royalties. In the last year, the NFT market size grew to be $41 billion and is estimated to grow to $80 billion by next year with the Metaverse to be over $1 trillion in the next two years.

Akshaya.io is India’s first-ever platform that brings Metaverse, NFT, and Digital Twin together to enable users claim ownership of physical and digital assets with certified proof of authenticity. From those interested in dealing with unique collectibles to rare artifacts, Akshaya.io will be a healthy community of highly astute customers. Since its inception, Akshaya.io has created excitement among companies trading in jewelry, boutique furniture, artifacts, sports, entertainment, and other sectors, and is all set to sign many prominent brands, enterprises, and a few celebrities as partners. Akshaya.io will be the first ever platform to provide the best experience of physical and experiential shopping in the virtual world. This is the only platform which will enable customers to experience and own both digital and physical variants of any and every asset. Akshaya.io has to date invested USD 10 million, through internal accruals from founder and seed investors, to build a robust technology platform that is all set to provide a unique experience to its partners and customers. The money invested has gone in to develop the backend software and to strengthen Network across India. Currently, Akshaya.io has physical offices across 45 cities in India, Bangladesh, and Nepal, and has developed strong connect with prospective partners. Partners will create or add their NFTs to Akshaya.io platform to be sold or traded.