Dominic chooses to live in an apartment in the suburbs as the house price keeps rising these days. One coin has two sides. Although the house price is cheaper, it is quite inconvenient for him to buy groceries or go to work. The things didn’t change until he bought an Airwheel E3 portable electric bike.

Many people tend to live in the suburban areas as house price keeps going up in the big cities, which makes it quite inconvenient for them to buy groceries or other daily stuff. So it is with Dominic. He just moved into an apartment in the suburbs and felt it troublesome to buy things in town because he had to wait for the shuttle bus in the early morning. Things have changed since he bought an Airwheel E3 electric folding bike by accident. 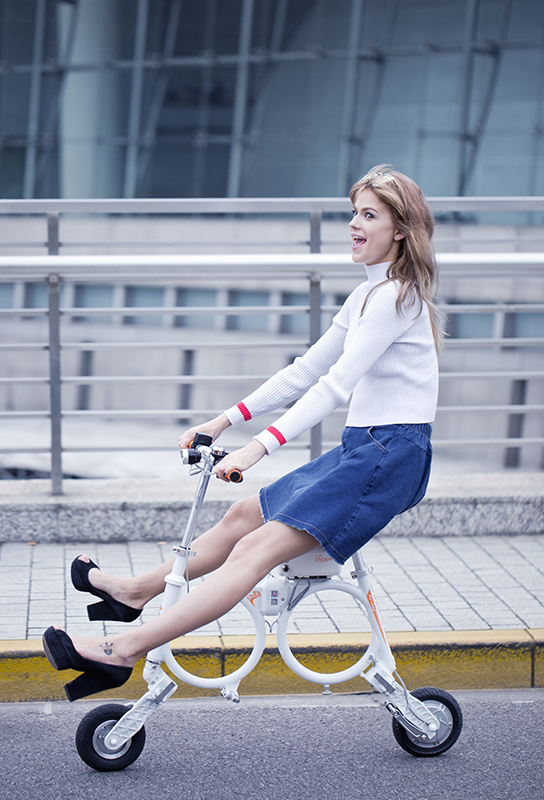 Dominic happened to see the product launch of Airwheel. At the product launch conference, Airwheel rolled out several new models including E3 smart e bike that is even lighter and smaller than other models of Airwheel. Thinking of this, he decided to buy one from the online shop of Airwheel. From then on, Dominic has been riding this vehicle to town instead of taking the shuttle bus, which is faster and more convenient. Apart from that, it is a great chance for him to enjoy the scenery along the way, which is quite a pleasant experience for him. Smooth riding experience without the annoyance of heavy traffic is more comfortable and freer.

Meanwhile, Airwheel E3 backpack e bike makes the travelling more intelligent, more fashionable. Its App fault self-diagnosis guarantees Dominic’s safety before travelling. Attentive intelligent design is to set the speed level that is easy to control even for the first riding. The newly bought E3 portable electric bike is not only a marvelous transport for Dominic but also a good work-out tool. Being an officer worker, he has to sit in the office for all day long, leaving no time for exercising. Now, he can also have his body exercised with the vehicle, thus greatly enhancing his body.

To sum up, thanks to the Airwheel E3 citizen folding electric bike, Dominic has changed his lifestyle and enjoys the current condition very much.