January 21st, 2021 – Los Angeles, CA – 2020 was a year that saw the decline of outside entertainment due to the spread of the Coronavirus. Despite the worldwide pandemic, many found ways to stay entertained while quarantining inside, with social media playing a huge part in that. Delaware-based DJ Amaze took advantage of that, and has been providing some of the entertainment thanks to his energetic single, “456” featuring Jamaican-American artist AG. They now look to throw a party in 2021 with the release of the music video for the single. 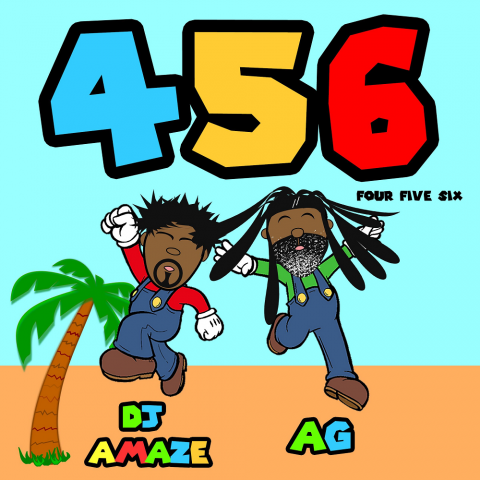 With direction by Yikes Lee, the video for “456” continues the infectious vibes that the single brought as they feature the artists and a few models dancing away at the King Creative Media Studio in Wilmington, Delaware. The video also features shots of AG recording the song to give a behind the scenes look at the creation process. DJ Amaze looks forward to the video receiving great support, and it becoming one of the trending videos in the Caribbean, and in various parts of the world.

Since its release in November 2020 through Nustream Records, “456” has been making waves on radio including getting numerous spins by popular DJ Qlassick on Power 99 FM in the Philadelphia metropolitan area. The Bill and Jessica Show has also added the song to the morning rotation at Power 101.7 FM. It has been creating a buzz on social media as well thanks to the #NewWineUpChallenge which has gained increasing popularity thanks to various users creating their own dances to the song including Caribbean influencer @CarlaHenry_ on TikTok and Instagram. With velvety vocals and boasting heavy island flavor, “456” looks to be a song that takes over in 2021 with the help of the fun visual and a summer vibe.

DJ Amaze and AG’s “456” is now available on all digital streaming platforms. The music video for the single will be premiered on January 22, 2021 on Dj Amaze’s Youtube Channel. To stay up to date with DJ Amaze and AG, follow them on Instagram at @DJAmaze and @AlexandarGrant respectively