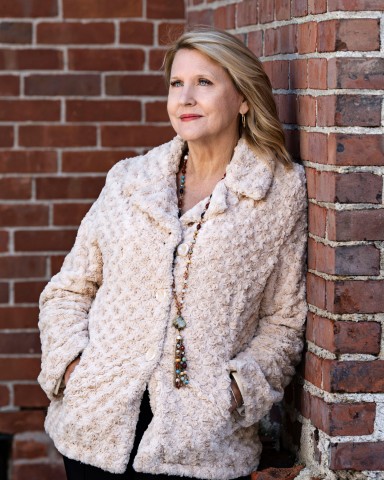 For nearly 50 years the “The Lady of the Dunes”, the oldest unsolved murder case in Massachusetts, went unsolved. Medium Lauren Robbins of Mansfield, Massachusetts was asked to participate in the filming of the Lady of the Dunes 2022 Documentary to help solve the Lady of the Dune’s identity and murder in Provincetown, MA. During and after filming of the documentary, Robbins had many experiences with Ruth that will never be seen or heard in the documentary that she wrote down in a journal that turned into a story and picture book that Ruth wanted her to share with the world.

Through Her Eyes – The Untold Story of Ruth Marie Terry, The Lady of the Dunes, is written by an Award-Winning, Tested and Endorsed Psychic and Afterlife Medium Lauren Robbins, and chronicles the connection between Robbins and “The Lady of the Dunes,” Ruth Marie Terry. From the moment Lauren and her husband, John, agreed to help solve this nearly 50-year-old murder case, to the time Ruth’s body was identified all those years later, Robbins shares with readers how she and Ruth are forever linked.

What Lauren received from Ruth was more than she ever anticipated, including Ruth describing her murderer and her relationship with him, which matches the description of Guy Muldavin who is now being looked at by authorities as a possible murder suspect.  After appearing in the Lady of The Dunes 2022 documentary, Robbins is going deeper and sharing the untold story, from Ruth Marie Terry herself,  in order to help Ruth and her family find closure and healing. The details outlined in the book have been chillingly accurate and validated publicly by the FBI and Robbins’ will be sharing this information in two upcoming events. .

“Through Her Eyes – The Untold Story of Ruth Marie Terry, The Lady of the Dunesis available now on Amazon.

Lauren Robbins is holding the following Book and Q&A Events in Massachusetts and online for those who have been following The Lady of the Dunes case.

**There is an option for participants to buy a signed book for shipping if they live within the United States.

Lauren Robbins is an Award-Winning Tested and Endorsed Medium, Afterlife Medium for Science, Three-Time Author, and Spiritual Teacher with over 400+ 5-star reviews. She is the founder of The Spiritual Path with Lauren Robbins in Mansfield, MA. Lauren has appeared on The List TV Show, Married at First Sight TV Show, and she and her husband, John, both appear in the Lady of the Dunes 2022 Documentary that is currently available on DVD.   She has also been interviewed by various media outlets for her work.