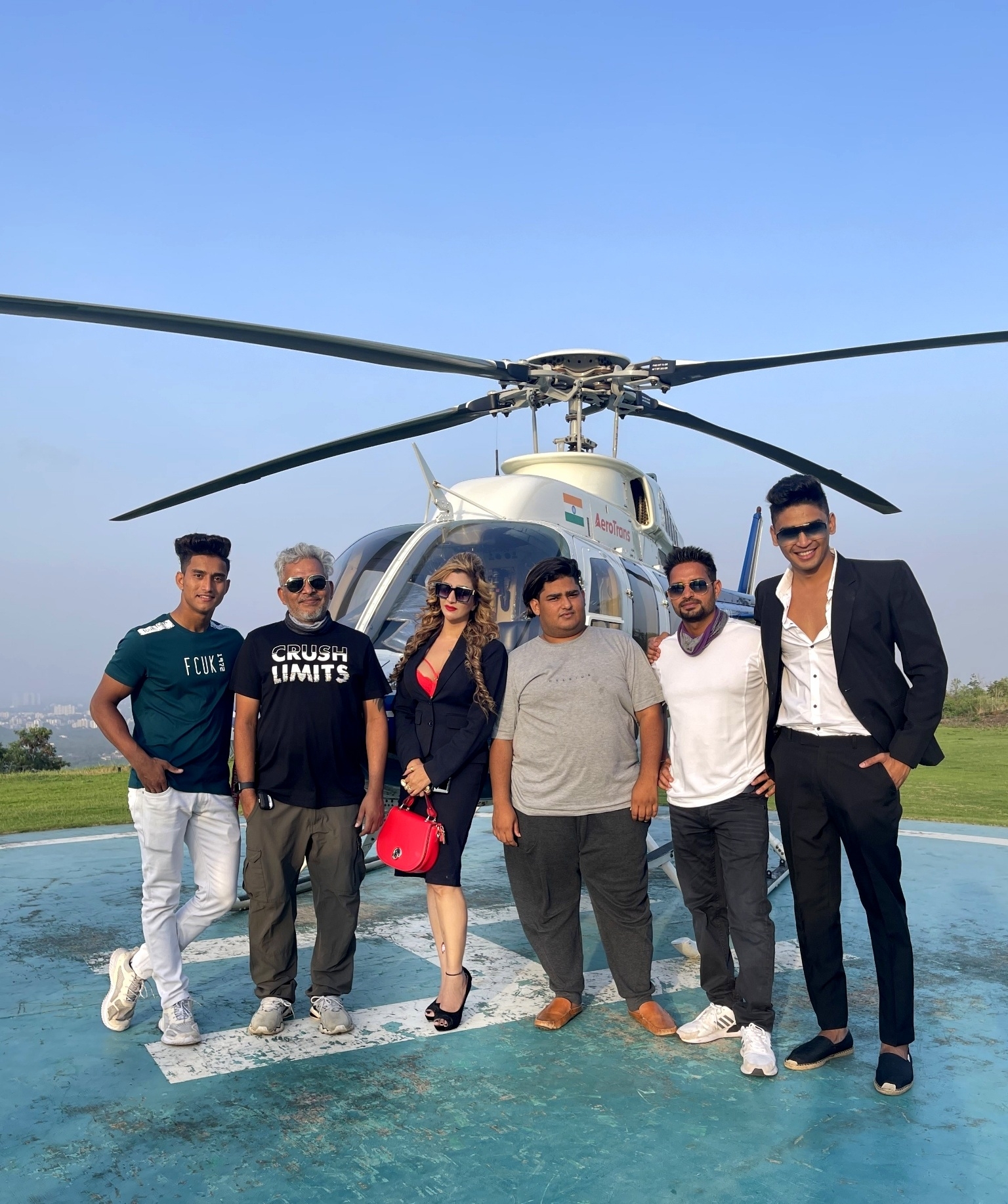 Roshni Kapoor’s debut acting venture The Rage is going to Cannes Film Festival this year. She is obviously happy and looking forward to the response from the audience. The social influencer plays a pivotal part in this short film that also stars Adnan Khan and is produced by Mohammed Nagaman Lateef.

Talking about how she bagged the part, she says, “In last few years I have gained a lot of fan following on social media. Somewhere I had also made my mind to work in movies. So when the opportunity knocked at my door, I grabbed it and hoped it would be a start on my way to Stardom. I guess more than the script, Cannes was my priority.”

Roshni plays the role of a woman, who is strong and kind in The Rage. “She wants to help people facing different demons in our society. Also, the movie touches upon women empowerment and LGBTQ related awareness. This role is dedicated to my mother,” says the actor.

Praising her co-star Adnan for making things comfortable around her on the set, she shares, “I met him on the sets of the movie and I don’t think I could have asked for a better co-actor. He’s gracious, charming, witty, professional, dedicated and a humble soul.”

The actor also has good things to say about her producer, cinematographer Anik R Verma and director Anuj Sharma.

“As this is my first movie so everything was very new to me but Nagman sir helped me in getting comfortable and mentored me to give my best in the movie,” she continues, “When I started working and got to know that Anik R Verma of Gully Boy fame is our DOP I was super excited. I also felt lucky that my first venture was with director Anuj Sharma. He’s humble, handled everything professionally and made a wonderful movie.”

Roshni dream would be the character that does it all. “Probably in the form of a solo show that will have singing, dancing, audience participation, story-telling, comedy, and some weird stuff thrown in for good. And top it all off with a story arc that helps me connect with the audience,” she says.

Her inspiration in this profession is Irrfan Khan. And the actor is following his footprints as she marches ahead.

Everybody wants to work in OTT these, Roshni too is keen. “It’s an exciting space where you can showcase your work, and connect with the global audience. The space provides lots of opportunities. Recently, I have watched Scam 1992 and Criminal Justice. Both are world apart in theme and characters yet they keep you on the edge of your seat. Great acting by some finest actors and a subject that conveys important info and gives you a reality check,” she says, adding that she is open to TV offers too.

Point her about her good social media following, 4 million on Facebook and 1.2 million on Instagram, and ask her about the significance of social media and she answers, “Social media helped me build my brand value, connect with my fans and reach out to different businesses online. It has helped me to grow in multiple dimensions and given me flexibility to work round the clock.”

Do you think people are judged on the basis of their social media posts? “Yes that happens but it’s the wrong approach. You can’t gauge how a person is in real life, their traits, skills, struggles just via social media posts,” she ends.