Two lovers are torn apart by religion and Nazi politics in 1940s Germany in this striking novel, inspired by the author’s own family history. 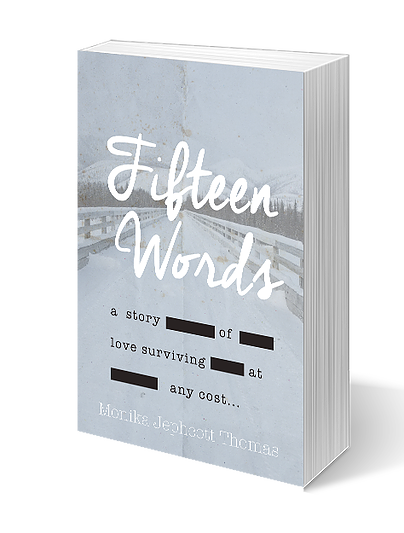 Two young doctors form a profound and loving bond in Nazi Germany; a bond that will stretch them to the very limits of human endurance. Catholic Hermann – whose religious and moral beliefs are in conflict as he joins  the war effort as a medic, despite his hatred of Hitler’s regime. His beloved Inge, a privileged young woman, is herself a product of the Hitler Youth. In spite of their stark differences, Hermann and Inge defy convention and marry. But when Hermann is stationed at the fortress city of Breslau, their worst nightmares are realised; his hospital is bombed, he is captured by the Soviet Army and taken to a POW camp in Siberia. Hermann experiences untold horrors, his one comfort the telegrams he is allowed to send home: messages that can only contain fifteen words. Back in Germany, Inge is struggling to survive and protect their young daughter, finding comfort in a local friend. Worlds apart and with only sparse words for comfort, will they ever find their way back to one another, and will Germany ever find peace?

Born and raised in West Germany in the 1950s, Monika Jephcott Thomas saw first-hand the brutal aftermath of WWII, for families and for German society. Her father returned from a Soviet prisoner of war camp – where only 400 out of 8,000 soldiers survived – when she was four years old; he was a stranger to her compared to the war hero her young imagination had designed. Somehow, despite their separation and adversity, her parents found a way to survive and to rediscover their love for each other. Themes of resilience, sacrifice and a wartime fighting spirit pervade Fifteen Words and Jephcott Thomas hopes they will serve as a timely reminder to readers, seventy years on from the war, at a time of growing international instability. Fifteen Words is a vivid and intimate portrayal of human love and perseverance, one which illuminates the German experience of the war, which has often been overshadowed by history.

Monika Jephcott Thomas grew up in Dortmund Mengede, north-west Germany. She moved to the UK in 1966, enjoying a thirty year career in education before retraining as a therapist. Along with her partner Jeff she established the Academy of Play & Child Psychotherapy in order to support the twenty per cent of children who have emotional, behavioural, social and mental health problems by using play and the creative Arts. A founder member of Play Therapy UK,  Jephcott Thomas was elected President of Play Therapy International in 2002.

For more information about the book visit the website: http://www.monika-jephcott-thomas.com/