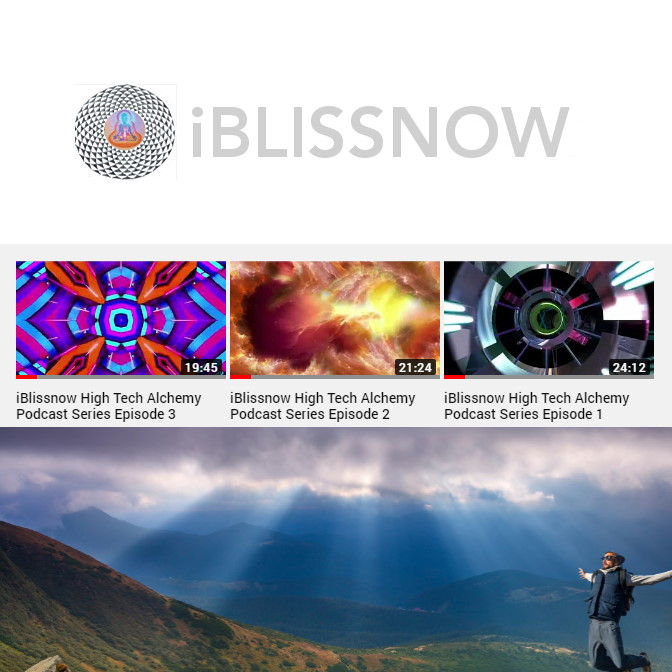 Action At A Distance, Radionics, and Digital Drugs YouTube Channel

Dr. Norman McVea the founder of iBlissnow.com has a 12 part series focusing on the alchemy and technology of vibrational and subtle energy. Dr. McVea spent many years studying alchemy and working in quantum physics labs and has transmuted many scared substances into energetic form.

This subtle energy has then been amplified many times and integrated into MP4, MP3, and JPEG Apps. In this High Tech Alchemy Series Dr. Norman McVea compares the similarities between quantum physics and alchemy.

The first three videos of the series have been uploaded to YouTube and will take viewers on a digital trip while they learn about high tech and ancient alchemy. The series will allow the listeners to understand the science behind magic and how iBlissnow is harnessing it in digital format.

And Dr. McVea shares about his work in a quantum physics lab, studies of the secrets of Egyptian temple science, talks about the suppressed and lost story and technology. He covers the essence of the mystery schools, French Radiesthesia, 1937 -1950 breakthrough in Subtle Energy Science of Egyptian artifacts brought to France from the 1790 sacking of Egypt by Neapolitan.

In Episode 2 of High Tech Alchemy Dr. McVea goes into how to use the Laws of Attraction for Wealth Acquisition and the Egyptian Mystery Schools. During this episode he covers topics like Amplifying energetic fields to vitalize your Life Force, energetic signatures, amplified physical influence, the law of frequency, sympathetic magic, the law of identical-energetic resonance, law of similarities, the law of retrocausality, Remote Viewing, Remote Influencing, Quantum Super Computers, and higher dimensional physics a non-local phenomenon.

For future episodes 4-12 they will be posted in the coming weeks on this YouTube channel Action At A Distance, Radionics, and Digital Drugs.

In this series by Dr. Norman McVea you can compare the similarities between quantum physics and the magic of the ages. It allows you to compare the science behind the mystery.

The team at iBlissnow have 40 years of research in studying and creating a range of energy apps, software, and devices. Learn more by checking out the videos!