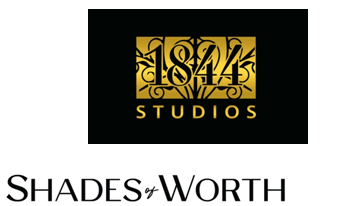 The film, #ShadesofWorth, an exploration of beauty and self-worth in Black women, was written and produced by Nauzanin Knight. The short film, featuring Charlene Smith, Kami Norbom, Sandra Emeh and the filmmaker, is currently being shown at the sidewalk cinema of the Art Gallery of Alberta and initiates this empowerment campaign.

1844 Studios Inc. is an award-winning film production company situated in Edmonton, Alberta. Our company is dedicated to exposing striking stories which tell us about the universality of human emotion despite diversity of human experience. Our mission is to build a complete ecosystem in which action, reflection, consultation, learning and collaboration are used to establish cutting-edge patterns of media development, production, distribution and consumption that are fit for a New World Order that operates on the principle of the oneness of humanity.

Nauzanin Knight is a Canadian writer/director/producer of Caribbean and Middle Eastern descent. Her stories reflect the uniqueness of her heritage as well as her international life. Nauzanin began her career in creative writing before directing film projects such as, “My Lyric I Never Knew” (CBC Canadian Reflections & GEM 2020); “From the Grassroots” (Bahai.org, Bicentenary); Precarity (Telus Optik On Demand). As a storyteller, Nauzanin is interested in exposing striking stories which tell us about the universality of human emotion despite diversity of human experience. She is to founder and CEO of 1844 Studios Inc., a production company that creates thought-provoking, transformative content which resonates with audiences globally.