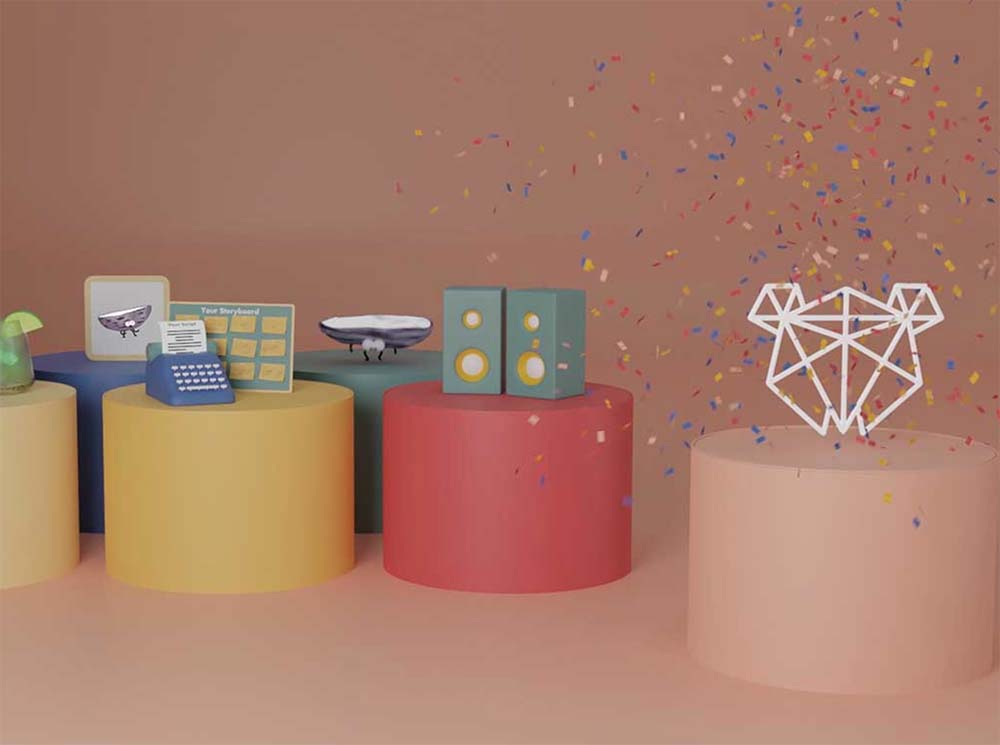 To celebrate their achievement, and considering Melbourne’s COVID post-lockdown the timing couldn’t be better, Monster & Bear have provided a cheeky video on the possibilities of their animation production process that can be viewed here:

Monster & Bear genuinely see so much potential in animated content as a way to set brands apart, no matter the budget. From simple 2D motion graphics to highly stylised character animation and 3D animation. Monster & Bear have built a brand at working hard to find a style that is unique and can align with any brand identity.

So what kinds of animation video production are there? How do they differ?

2D animation is an incredibly effective style of video that allows clear-cut storytelling but isn’t bound by the limitations of the real world. Displaying a brand’s story or product using a creative and visually stunning 2D animation is a creative and cost effective way to discuss concepts that would otherwise be very expensive to film using real-world footage.

3D animation video is the next step up in terms of visual quality and breathtaking visuals to take an audience’s breath away. 3D animation production is a little more time consuming but well worth the wait as audiences won’t be able to look away.

This style of video is often a shorter 2D animation to help explain a service or a product that a company may offer. They are brilliant for helping customers understand products quickly in a clever and fun way.

Motion Graphics focuses on the animation, movement or animated graphic design of specific elements such as text, logos and other objects used to highlight and enhance features of the story being told. Motion graphics can be an incredibly simple way to visually take content to the next level while also assisting in creating greater clarity in a brand’s message.

So why are animations and animation video productions so useful? According to Monster & Bear Director Sarah Hickey, “Simply put… there are no limits to what can be created when it comes to animation videos!”