“Leekthough is a budding recording artist. His music is already being talked about on various music streaming apps including SoundCloud, Spotify, YouTube, and Deezer. His music has the potential to revolutionize the future of music with a new genre in its entirety”.

Leekthough is a music producer and recording artist from Chicago but his music is reaching the world already via online streaming apps. The artist has a Bachelor’s degree in Computer Engineering from the University of Minnesota, but music is his passion and music is what he chose. He is not just another budding artist, he has a vision. With his knowledge in the workings of the music industry, Leekthough has set out to carve a niche for himself, and for a unique genre in music. 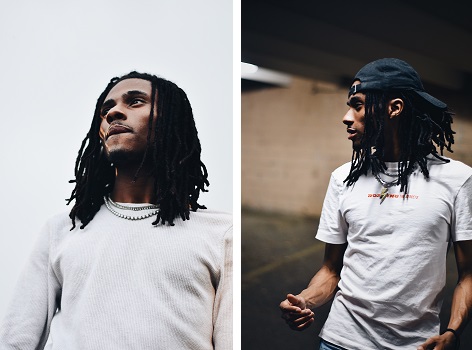 Leekthough has performed at the SXSW and the BET. With tracks like Astro, Fall for Me, Yeah Buddi, and Bestie, Leakthough has more than 80 thousand fans over various streaming apps. His music has already received over a million plays on SoundCloud.

Leekthough’s music is unique and as of now, unrivaled. He is a pioneer in his own genre. His music has a range. Some of his tracks are purely meant for high energy dance moods, while others are a breath of fresh air with a melody that will make the early morning happy.

He takes inspiration from Lil Wayne and Michael Jackson. But his extensive fan base is the direct result of his own creativity, by the virtue of which his music has the special touch that was never heard before.

With the help of his business partner Soca Jones, Leekthough aspires to create an unparalleled genre of music that makes people all over the world happy and full of life.

Leekthough is a music artist and producer, born and raised in the southern part of Chicago. With his buddy Soca Jones, he has stepped into the music industry with the vision to redefine music and pioneer a completely unique genre.