Shri Shashank Bajpai is A visionary, A Professional Patriot, A Motivational Speaker and Advocate. He is currently presiding the honorary position of The ‘Vice President’ at The Indian National Association Of Legal Professionals (INALP, a voluntary association for the rapidly growing community of legal professionals in India). 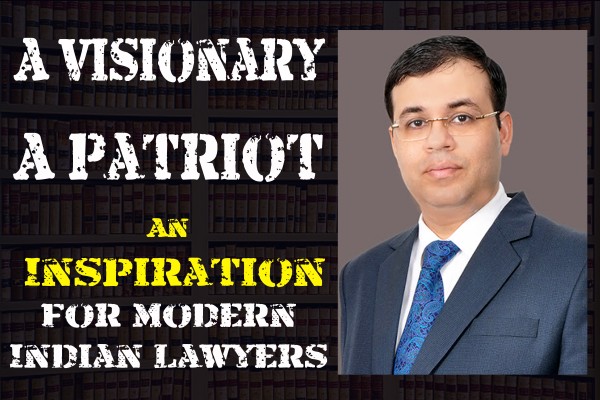 Advocate Shri Bajpai has developed his practice primarily before the Hon’ble Supreme Court of India as a Counsel on behalf of the Government of India with an emphasis on all kinds of high stake matters relating to Mines and Coal laws. He has also appeared in numerous cases relating to Environmental Laws. He has been a Government Counsel, both at the Union and the State levels.

Apart from being a Government Counsel, he remained a successful private practitioner. Mr Bajpai has represented various high profile clients before the Hon’ble Supreme Court of India, Delhi High Court and Tribunals in several civil and criminal cases, including the landmark Environmental Law case of the TAJ Trapezium Zone (TTZ).

He actively participates in TV debates on prominent and vivid topics and panel discussions. He puts forward vehemently his opinions and public policy proposals from the legal point of view both for the people from law background and layman. He has also judged numerous National & International Moot Court Competitions. Mr Bajpai has been actively giving back to society as well. He is helping the marginalised part of society. 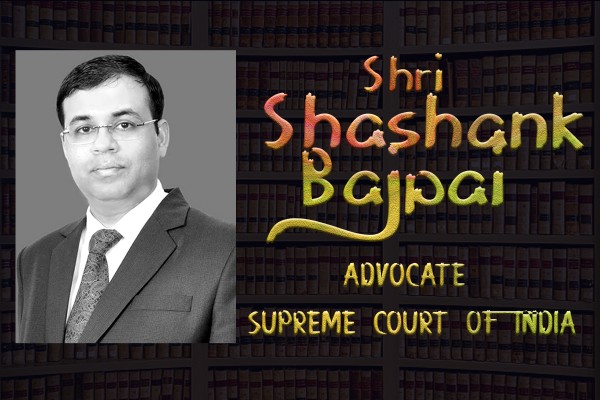 Mr Shashank Bajpai was born in a humble Brahmin family from Uttar Pradesh. He is married to his better half Mrs Shakun Sudha Shukla, LL.M. Gold Medalist, also an Advocate. The couple has been blessed with a daughter named Gauri Bajpai.

Advocate Shri Shashank Bajpai has received a Masters of Law degree from The Indian Law Institute. He began his legal career in 2009 directly before the Supreme Court of India. His other achievements are:

• Advocate Shri Shashank Bajpai is currently presiding the honorary position of The ‘Vice President’ at The Indian National Association Of Legal Professionals (INALP, a voluntary association for the rapidly growing community of legal professionals in India).

• He is a member of various distinguished associations like

• Advocate Shri Shashank Bajpai has been awarded the Certificate of Participation in Indian Law Institute (ILI) in the International Seminar on “Global Environment and Disaster Management: Law and Society.”

Vision for the Country:

“Lawyers are the foot soldiers of our Constitution.”

The Indian legal profession is one of the world’s largest and plays a vital role in the world’s largest democracy. Advocate Shri Shashank Bajpai’s life is dedicated to justice. According to Mr Bajpai, the approach to help laymen gain access to justice must be by promoting social justice and following a systemic change. Still, these policies cannot be addressed by focusing on access to legal systems alone, and the coercive state power should also be taken squarely into account. He aims to bring justice to the maximum number of people. He has devoted his top part of his time to the country’s service, and the purpose of his life is to make the Indian judicial system one of the best judicial systems in the world.

Speaking about the role of lawyers, Mr Bajpai seconds Lord Denning’s view: “As an advocate, he is a minister of justice equally with the judge.” Being the managing partner at Vardharma Chambers (which translates to “In pursuit of justice for all”), Mr Bajpai strongly believes in the promotion of social order by the administration of the Law in a manner that answers the fundamental requirements of justice, namely, fair outcomes arrived by fair procedures. 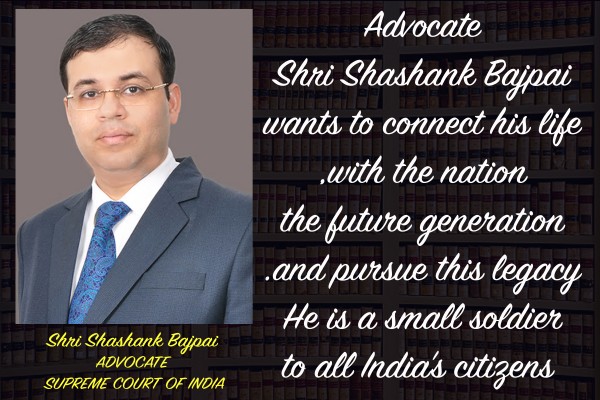 Can we not live up to the purpose of the Constitution of India?

Our Constitution provides for a pyramidal structure which consists of the apex court of the country, The Hon’ble Supreme Court presided by the Chief Justice of India, and twenty-four High Courts and even District Courts for administrative convenience; however, the ground reality of the justice delivery system in many states of our country is not of sterling quality. Access to justice interventions aimed at low-income, unrepresented litigants have been primarily focused on providing access rather than justice; individualised, case-based legal services uninformed by social change goals. If we go through the true meaning of the Constitution’s preamble, we can see the citizens’ lives in our country will get the best happiness and everything they want to achieve in life.

For India to deliver the most straightforward and unambiguous justice, the legal luminaries, information technology experts, and social thinkers have to work together. In a state that treats the Rule of Law as sovereign, anarchy gets no room to stay; therefore, no nation can be the best without the Rule of Law; therefore the entire life of Mr Bajpai is dedicated to the nation and the people of the country to know that there is a rule of Law in the country and there will always be justice with them. 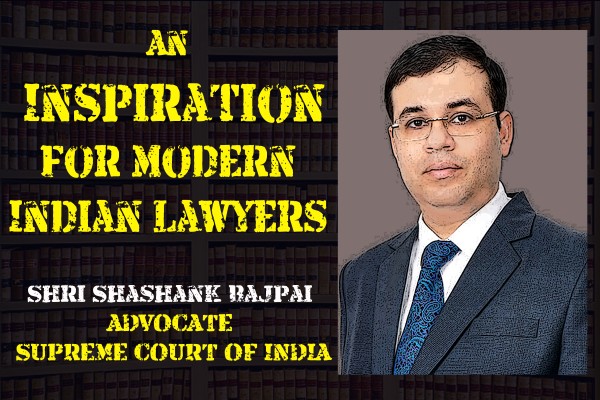 Finally, Advocate Shri Shashank Bajpai wants to connect his life with the nation, the future generation and pursue this legacy. He is a small soldier to all India’s citizens.