Nonga, meaning love in Mooré, is the first black dating app for single men and women in Africa or in the diaspora. Finding your better half and soulmate is a far more rewarding feeling one could ever attain, and the Nonga app is the perfect dating app to seek out your perfect match. 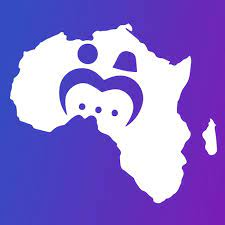 Nonga App adds vibrant colors to your love life by connecting you with that perfect match, someone who shares your dreams, life aspirations, and cultural values. Nonga App lets you say goodbye to loneliness and heartbreaks to Hello! Soulmate… No wonder the app has already 500,000 plus downloads since its update in November.

The dating app lets you meet someone who is right for you and make happy connections. There is no reason sitting on the fence when you can find that special one who completes you with the touch of a button. Don’t keep your soulmate waiting at the other end of the button, yearning for your love here at Nonga App.

Now is the time to add a little spice to your dating life, going beyond dating and seeking a connection deeper than normal — an unbreakable bond. And this cozier season is the perfect time to get down to a serious relationship, a season to build and nurture your love life. A season to spend time with someone your heart desires.

When interviewed, the CEO of Mandla App, Wenitte Apiou, says, “Our team over at Mandla has been hard at work preparing just the right tool for you to meet your African love by introducing the Nonga App. The dating app is for black single men and women of African descent to find meaningful connections with people who share the same cultural values, whether in Africa or in the diaspora.”

To find your love with just the tap of a button, visit

Founded in 2021 by Wenitte Apiou, Mandla is an innovative, black-owned Artificial Intelligence company that creates solutions for the African continent and global populations of African descent. It uses data collecting tools to provide a unique learning experience for the next generation of African youths.

Since its existence, it has been committed to using artificial intelligence tools to build the future of Africa, starting with languages. Mandla has built its first app dedicated to teaching African languages. In summer 2022, the team released their second app, an online dictionary containing words in 100+ African languages, including some near-extinct and dying languages.

Mandla aims to preserve these languages by digitizing them and presenting them to stand shoulder-to-shoulder with other world languages.

Currently, Mandla seeks to expand its user base, as well as include more language options in the platform.

Developed by the Mandla team, Nonga App is a dating app for black single men and women. It allows them to make happy and rewarding connections with people of African descent and in diaspora.

It is a medium for heartbroken people to heal their aching hearts and give love another chance. It is also a space where love, commitment, and companionship meet. Grow and nurture your love life when you download the Nonga App.